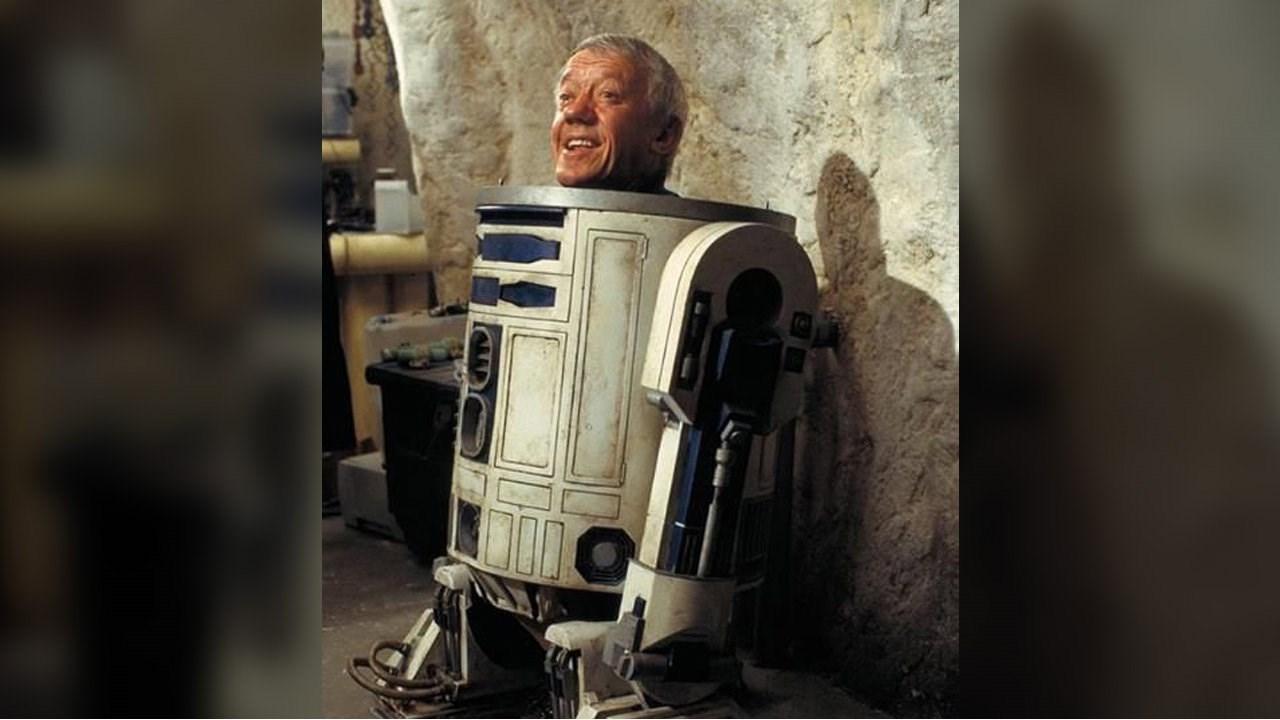 (CNN)  Kenny Baker, the British actor best known as R2-D2 in the "Star Wars" films, has died at the age of 81, according to his niece, Abigail Shield.

Baker was being looked after by Shield's brother, who found him Saturday morning. Shield said Baker had been ill for years with a lung condition.

She also said her uncle  who was 3 feet, 8 inches tall  did not expect to "live past his teenage years because he was a 'little person,' so it is pretty amazing he lived this long."

Baker died in his sleep Saturday morning, according to his nephew and caregiver Andrew Myerscough.

That was Baker's wish  to go peacefully, his nephew said. "I couldn't ask for more."

Up until his final moments, Baker was in good spirits and was watching the Olympics on television, Myerscough said.

But the actor's family had watched him deteriorate for years because of respiratory problems.

"I cared for him every day," Myerscough said. "He was a huge part of my life and I'm going to miss him."

"He was an inspiration to many people  he never let his disability affect or stop him from doing anything he wanted to do."

Baker was best known for the robot character he first played in 1977's original "Star Wars."

"I have had a fairly quiet year, and when the sunshine has allowed I have enjoyed the peace and tranquility of my garden," Baker wrote on his website.

He was fondly remembered on social media Saturday.

British actor Rahul Kohli said in a post: "You brought life to one of my favourite characters, thank you Kenny Baker. Rest in peace."

Actor Kevin Smith wrote on Twitter, "Rest in Peace @starwars legend #KennyBaker - whose name I learned at age 7 because he brought #R2D2 to life. Feels like losing family..."

Daniel Logan, who played Boba Fett in "Star Wars: Episode II" and "Star Wars: The Clone Wars," tweeted: "So sad to hear one of my dearest friends passed away. Rest in peace Kenny Baker. Love you. Will miss you!"

The actor told CNN in 1999 that he didn't think the original "Star Wars" film would take off.

And wobbling around in a metal costume  which was heavier than he was -- in the 100-plus degree heat of Tunisia wasn't easy, according to Baker.

Baker also appeared in a number of other films in the 1980s, including "The Elephant Man," "Time Bandits" and "Flash Gordon."

Born in Birmingham, England, on August 24, 1934, Baker was 16 when he started performing with Burton Lester's Midgets, according to his website.

Baker credited The Shaftesbury Society, a London Christian group that cares for children with disabilities, with helping him "overcome my height difficulties," according to his site.

He was married to actress Eileen Baker, who died in 1993. They had two children.

CNN's Simon Cullen in London contributed to this story.