British PM May: US, UK should not try to 'remake the world in our own image' 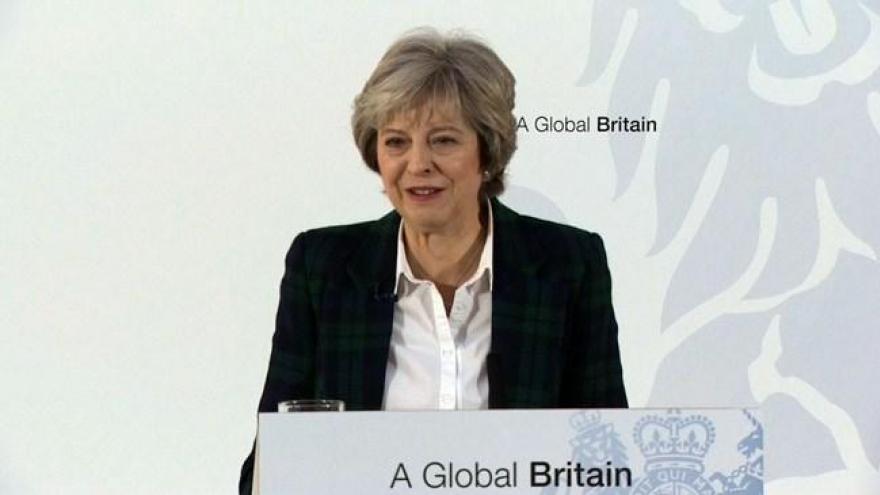 (CNN) -- British Prime Minister Theresa May told US Republicans Thursday that instances of the United States and United Kingdom intervening militarily in foreign countries must only come when the two countries' national interests are at stake.

"The days of Britain and America intervening in sovereign countries in an attempt to remake the world in our own image are over. But nor can we afford to stand idly by when the threat is real and when it is in our own interests to intervene," she told GOP leaders gathered at retreat in Philadelphia.

She added that the two nations have a responsibility to lead.

"Because when others step up as we step back, it is bad for America, for Britain and the world," she said.

May congratulated the Republicans on their election victories in November.

"Because of this, because of what you have done together, because of that great victory you have won, America can be stronger, greater, and more confident in the years ahead," she said to applause. "And a newly emboldened, confident America is good for the world."

She praised the stunning win of US President Donald Trump, saying it came in defiance of "pundits and polls" and echoed the hopes of working Americans.

May reminded the audience that like them she, too, is a conservative and someone who believes in putting power in the "hands of the people."

She spoke strongly about NATO, the World Bank and the International Monetary Fund.

"Some of these organizations are in need of reform and renewal to make them relevant to our needs today," she said. "But we should be proud of the role our nations, working in partnership, played in bringing them into being."