Brood X cicadas are emerging in parts of Indiana. They aren't to Michiana yet, but they could be here soon.

We previously reported all about their 17-year reemergence, and chatted with an expert from Indiana DNR about the species.

These cicadas are burrowed in the ground underneath trees. Soil temperature needs to warm into the mid 60s before they emerge.

Mount Saint Joseph University has developed the "Cicada Safari" app to track their emergence. In the app, users report where cicadas were found as well as submit photos of the bugs. 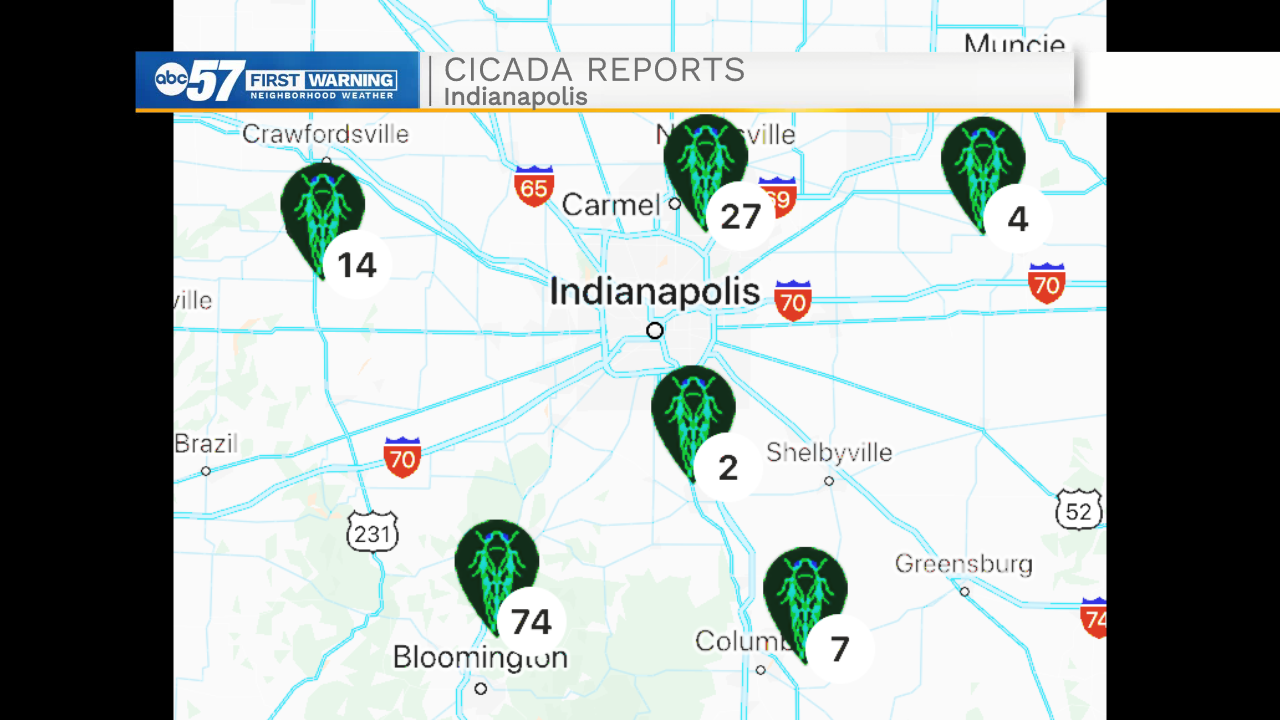 A few of the reports around the Indianapolis area. This is the farthest north that cicadas have been spotted in Indiana so far. Cicada Safari

The southernmost report is in Chattanooga, Tennessee. 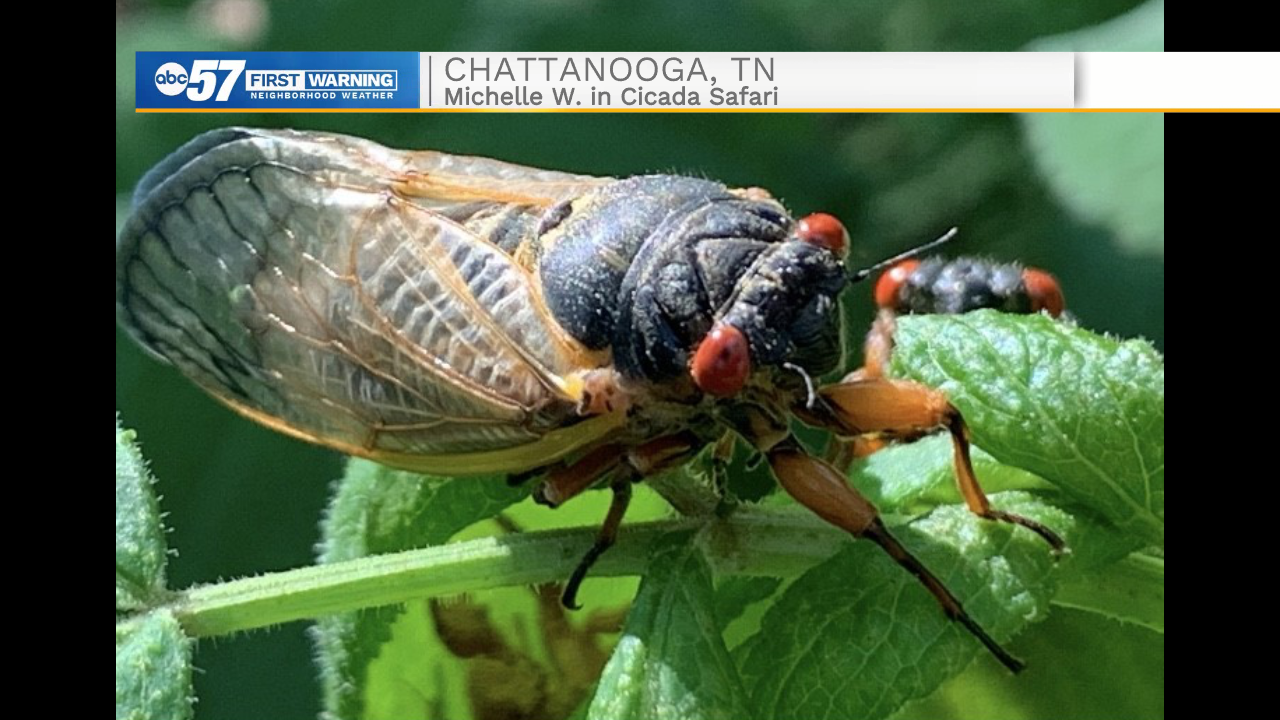 This photo from Michelle W. is of a Brood X cicada in Chattanooga, TN. Cicada Safari

There are several reports from the south to the north, with several now trickling into the Indianapolis area. 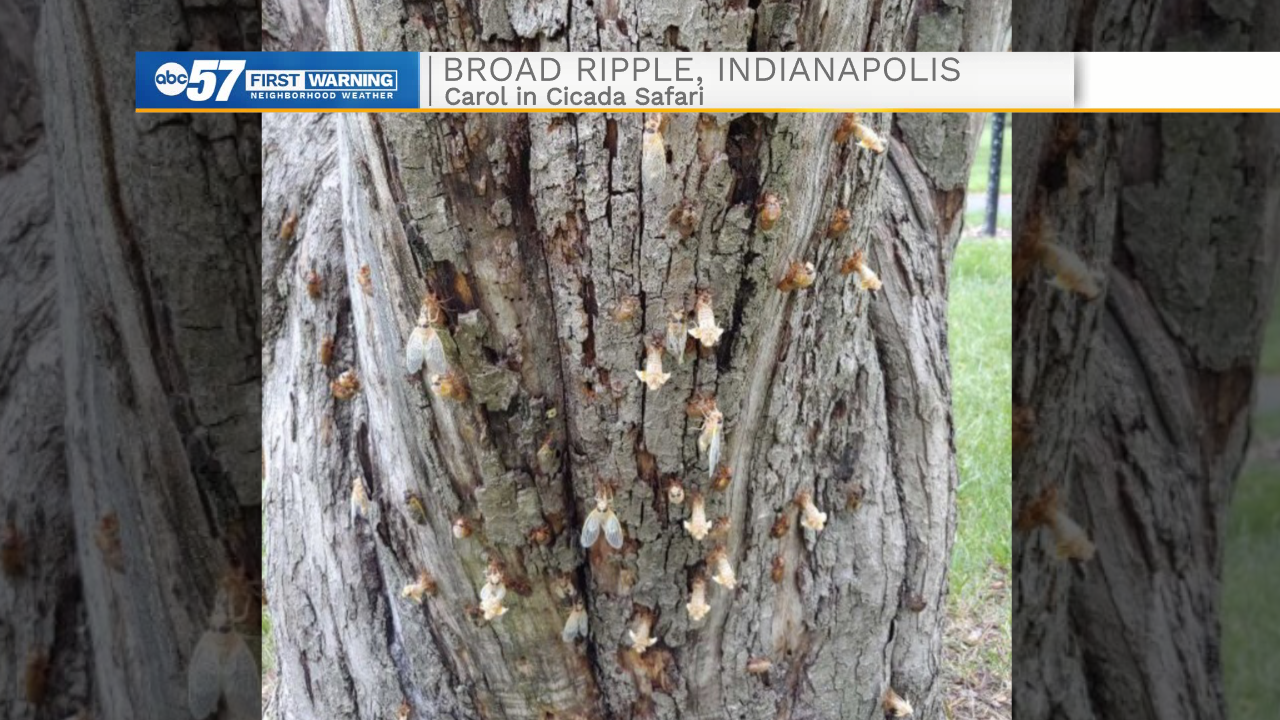 Cicadas and their shell on a tree in Broad Ripple, on the northside of Indianapolis. Cicada Safari

Michiana does not have any reports of the cicadas just yet. Soil temperatures have climbed into the mid 60s. Keep in mind that the cicadas will also reemerge after a light rain shower. The rain loosens the soil and makes it easier for cicadas to crawl out of the dirt.

This week's forecast has several rain chances, so it could be this week that we see the cicadas. 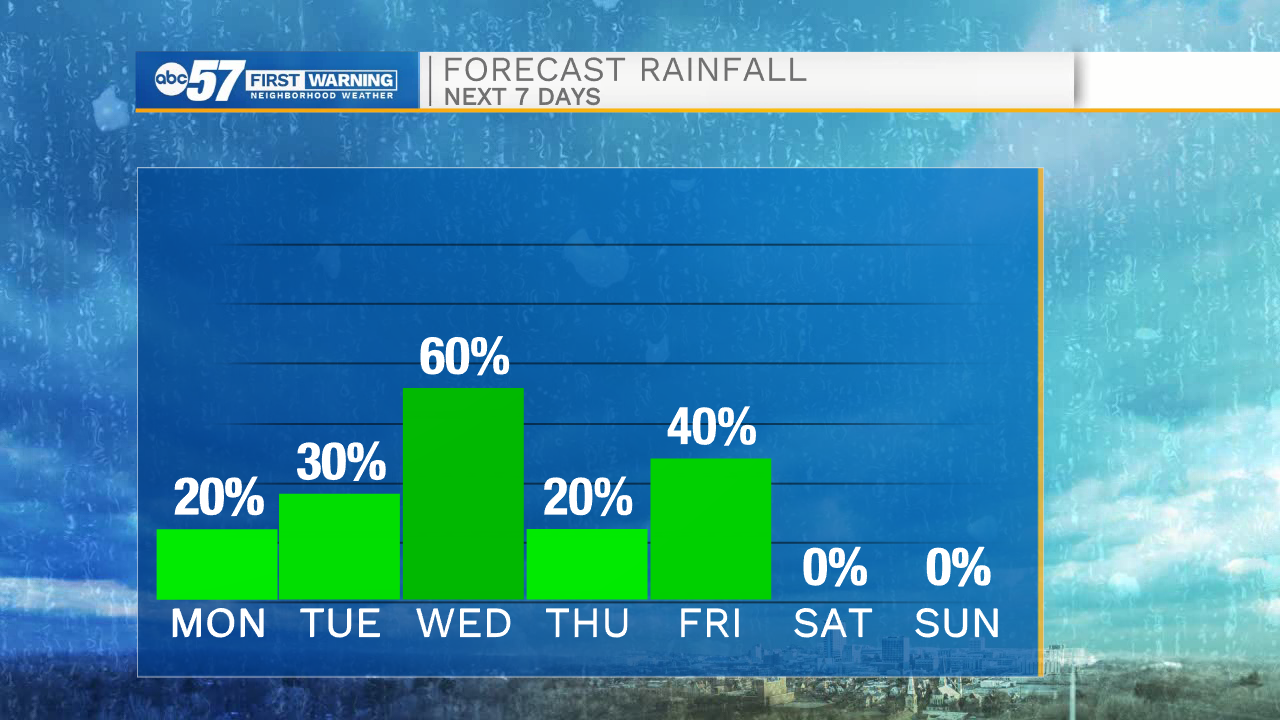 If you have any cicada sightings, feel free to report them to Cicada Safari, and share a photo with our First Warning Neighborhood Weather team. If you're not a fan of the bugs, don't worry: they will only be here for six weeks, then disappear again for another 17 years.