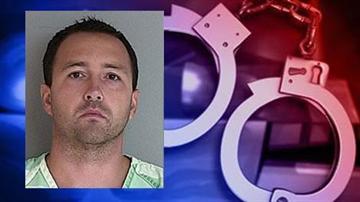 Locey was found shot to death in his accounting office near Sturgis, Michigan in October 2013.

Prosecutors said Locey confronted Brown and accused him of embezzlement.

Locey's body was found by the secretary who could be heard on the 911 tapes pointing to a possible murder suspect.

Operator: You already have an idea who did it?

Secretary: We think so, yes. There was an argument here yesterday.

Operator: Who was he in an argument with yesterday?

Brown could face up to life in prison on the second-degree murder conviction.

Sentencing is scheduled for August 29th.