Bryce Williams: A meticulous plan for a live televised murder 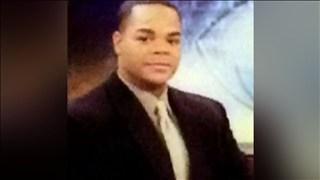 (CNN) -- A disturbed mind brimming with rage, a professional media career and newly purchased guns. Vester Lee Flanagan II combined them into a real-time murder show that he choreographed in detail.

Flanagan, a former TV reporter himself who went by the pseudonym Bryce Williams, also wounded Vicki Gardner, head of a local chamber of commerce, whom Parker was interviewing.

As Flanagan gunned them down with six or seven shots, viewers were subject to it live, as were colleagues in WDBJ's control room. Ward's fiancée was one of them, said General Manager Jeff Marks.

Flanagan knew Ward. The shooter was a former colleague, who stood in the limelight as a TV reporter. He resented being removed from it when he was fired by WDBJ two years ago.

He didn't go nicely back then, and cameraman Ward rolled on his emotional outburst. Flanagan scoffed at Ward and flipped off the camera. Before police walked him out of the building, the reporter who went by Williams also handed his manager a small wooden cross, and said, "You'll need this."

Flanagan had not worked with Parker, the reporter he shot dead, but there were signs he resented her having been hired.

Flanagan planned meticulously to act out a lot of resentment violently and get back into the limelight again, before turning his gun on himself.

Flanagan, aka Williams, recorded video of his killing, which he spread on social media as he fled authorities. He appeared to have prepped his Twitter account days before the killing with a review of images from stations of his life.

During his flight, posts to Twitter appeared in the name of Bryce Williams, showing video recorded from the perspective of his gun barrel as his shots struck his victims. Many social media users were horrified by the scenes playing out before them on auto-play.

While on the run, he sent a 23-page fax to ABC News under his reporter pseudonym with a few details about his career, long rantings about his disappointments and a litany of people and circumstances he blamed. Parts were labeled as suicide notes.

A trick may have delayed police in finding him, thus buying him the time to send the fax and post to social media.

Flanagan had rented a car weeks before and used it as a getaway instead of his own car, a 2009 Ford Mustang.

Virginia State Police spotted the rental car on Interstate 66. A trooper tried to pull him over, police said, but he refused to stop and sped away before running off the road and crashing into an embankment.

Flanagan was known for a series of anger and behavioral problems in his workplaces.

As news broke about whom police sought in the killing, Don Shafer heard a familiar name on the radio. "Vester Flanagan. He worked for me," Shafer said to himself, Shafer is currently news director at XETV in San Diego. "The hair on the back of my neck went up," he said.

When he hired Flanagan, Shafer was news director at WTWC in Tallahassee, Florida. The reporter who went by Bryce Williams made a nice impression on Shafer at first, but in 2000, he fired him over run-ins with colleagues.

"There were some issues with him and his personality that kind of spiraled down, and that's why we had to get rid of him," Shafer said.

Flanagan sued, alleging racial discrimination, but the suit was dismissed.

Later, he joined WDBJ but was later fired over performance issues. He sued again, once more alleging discrimination.

Court documents from that suit revealed the station had taken disciplinary action against Flanagan for months, met with him many times about angry behavior and told him to seek counseling.

Dan Dennison, former news director at WBDJ, said it was the toughest termination decision he'd ever handled. He had to call police to escort the reporter out.

"(Williams/Flanagan) had a level of a long series of complaints against co-workers nearly from the beginning of employment at the TV station," Dennison said. He said they were never substantiated.

The firings and lawsuits were part of a mishmash of resentments that Flanagan faxed to ABC News, while police searched for him.

In a ranting note in his farewell fax, Flanagan tried to justify his killings.

"OK, so the big question is 'Why'?" he wrote. "Well, after I compiled well over 100 pages chronicling the hurt in my life, I asked myself, 'Why NOT?'"

And he talked about having a disturbed mind. "I've been a human powder keg for a while....just waiting to go BOOM!!!! at any moment," he wrote.

He spent some time making allegations of racism, including against reporter Parker, whom he said "made racist comments" but got hired anyhow. There was no elaboration, and CNN was unable verify the claim.

But Flanagan also blamed much of his misery on black men and white women and said he was "somewhat racist against whites, blacks and Latinos."

He admired the shooters who massacred students at Columbine High School and Virginia Tech, which lies about 20 miles away from Roanoke.

Flanagan said he put a deposit down for a gun two days after the Charleston, South Carolina, church shooting in June and ranted against the accused shooter.

"As for Dylann Roof? You (deleted)! You want a race war (deleted)? BRING IT THEN YOU WHITE (deleted)!!!" the fax said.

Alison Parker and Adam Ward are the first journalists killed in the United States in the line of duty since 2007, according to CNN Senior Media Correspondent Brian Stelter.

"I find my grief unbearable," Parker's father Andy Parker said in a statement released on behalf of the family. "Allison was our bright, shining light, and it was cruelly extinguished by yet another crazy person with a gun."

Ward was engaged to be married to WDBJ producer Melissa Ott, a colleague said. Ward recently told her that he planned to get out of news and do something else.