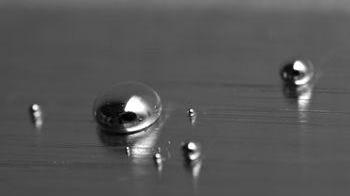 BERRIEN COUNTY, Mich. -- Parents are pretty shaken up about an incident that happened on Wednesday at Buchanan High School.

Parents told ABC57 News that they got a call from the school to rush to pick up their children after a child  brought a vial of mercury to class, and it broke on the floor.

School officials confiscated the kids' shoes to protect them from any of the element that got onto them. Parents had to bring extra shoes for their children.

The HAZMAT team will check the shoes over and return them to the children on Thursday if they are mercury-free and safe to wear.

Now, the students were in Mr. Martin's math class where the spilled happened. They had to stay longer because they had to shower and be individually scanned.

They had to wait for a mercury detector to be sent up from Lansing. Inspectors also came to the school to see how serious the incident was.

Mercury is a heavy metal that is in a liquid state at room temperature. It can cause toxic effects that include damage to the brain, kidneys, and lungs.

ABC 57's Jessie McDonough is at the school and will have more information coming up in later editions of ABC57 News.