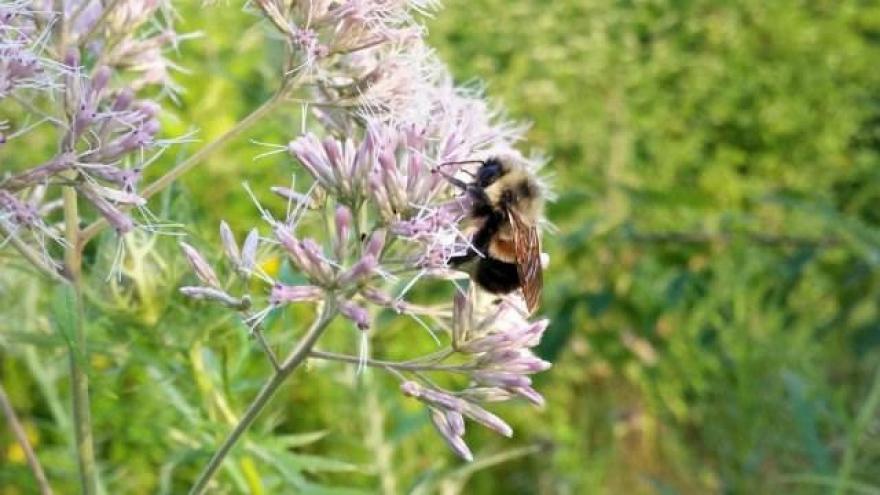 (CNN) -- For the first time, a bee species in the continental United States has been declared endangered by the US Fish and Wildlife Service.

The rusty patched bumblebee is in worrisome decline and it is a race to keep it from becoming extinct, the agency said.

The population of the rusty patched bumblebee has shrunk by 87% since the late 1990s, the wildlife service said.

Bees help pollinate 35% of the world's food, and bumblebees pollinate everything from tomatoes to cranberries, blueberries and melons.

There are a number of reasons for the crash of pollinator bees worldwide. Mainly, those are habitat loss (nearly 40% of all land is used for agriculture, according to the Food and Agriculture Organization), climate change (the land that's left is changing, and this is shrinking the ranges of some bees) and rampant chemical use.

"The rusty patched bumblebee is among a group of pollinators, including the monarch butterfly, experiencing serious declines across the country," Melius said. "Why is this important? Pollinators are small but mighty parts of the natural mechanism that sustains us and our world. Without them ... our crops require laborious, costly pollination by hand."

The species joins seven species of yellow-faced bees found in Hawaii on the endangered list. It is one of 47 bumblebee species in North America.

Sarina Jepsen, deputy chair of the International Union for Conservation of Nature's bumblebee specialist group, and a director at the Xerces Society, an environmental nonprofit, told CNN in December that about 25% of bumblebees in North America are at risk for extinction.

On Tuesday, she commended the wildlife service's decision.

"Now that the Fish & Wildlife Service has listed the rusty patched bumblebee as endangered, it stands a chance of surviving the many threats it faces," she said.

There are roughly 20,000 species of bees in the world. That's more species than birds, amphibians, reptiles or mammals.

Bumblebees live in underground colonies, caring for a queen. Worker bees -- females that don't reproduce because they're not the queen -- fly around during the day collecting flower pollen and nectar for food and energy.

They only live for a year, except the queen who is dormant during the winter and emerges in the spring to begin a new colony with eggs fertilized during the prior fall.