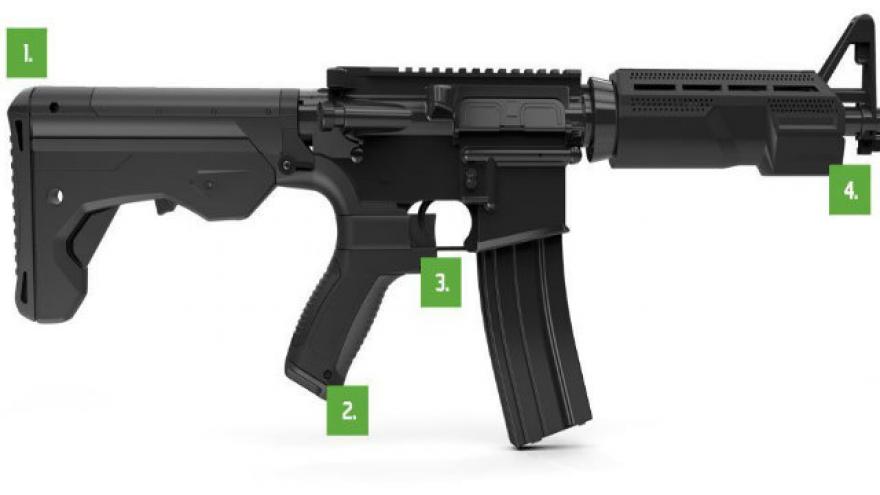 (CNN Money) -- Slide Fire Solutions, the inventor and manufacturer of bump stocks, will no longer be selling the firearm accessories.

On its website Tuesday, Slide Fire Solutions said it "will cease taking orders for its products and shut down its website."

The company said it will process and ship all orders taken prior to May 20. The company did not say on its website what will happen to its factory in Texas.

Slide Fire did not return messages from CNNMoney.

Bump stocks are attached to semiautomatic rifles to speed up their rate of fire to mimic full auto. They were approved by the Bureau of Alcohol, Tobacco, Firearms and Explosives in 2010.

Slide Fire came under criticism after a dozen rifles fitted with bump stocks were found in the Las Vegas hotel suite of Stephen Paddock, who used a perch in his room to kill 58 people and wound hundreds of others on Oct. 1, 2017.

The accessories were selling briskly after the mass shooting in Las Vegas. Slide Fire would occasionally run out of inventory and suspend sales, and then eventually start selling them again. This is the first time the company, based in Moran, Texas, has said it was shutting down its website.

Some states, like New Jersey, Massachusetts and Florida, have banned bump stocks since the massacre in Las Vegas. President Trump said in February that he would ban them, but that hasn't happened.

A company called Fostech used to sell them, but no longer does so. Bump Fire Systems, which was reportedly sued for patent infringement by Slide Fire in 2016, still lists the items on its web site. They're also sold by the online retailer, Gunbroker.com.

The Brady Center to Prevent Gun Violence sued Slide Fire just days after the mass shooting in Las Vegas, saying the company was negligent in developing and marketing bump stocks to the general public without any reasonable restrictions. The case is still pending in federal district court in Nevada.

"Bump stocks should not be available for sale to the general public, and they should never have been allowed to be sold," said Brady Center co-president Avery Gardiner, in a statement. "Bump stocks serve no purpose other than to create the functional equivalent of a machine gun."