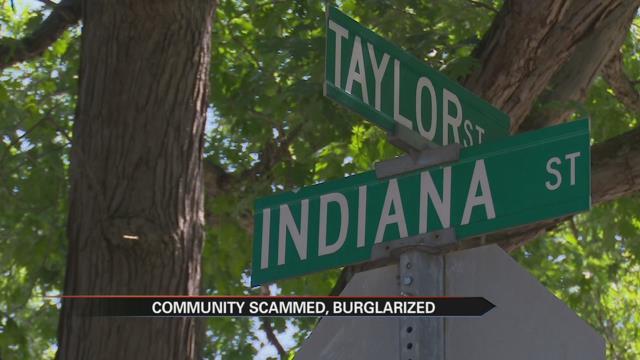 Burglars posing as water company employees have returned to New Buffalo City for the third year.

“One of them lured her to the backyard, explained to her all the work they had to do; while that was going on, the other males went into her residence,” New Buffalo City Police Sgt. Jason Grimmett said, speaking of the latest burglary victim.

Police say an elderly woman who lives on Indiana Street had $300 cash and some jewelry stolen from her home the evening on August 1.

The woman was home during the crime, but she unknowingly became the victim of a scam the city has seen before.

“She didn’t know anything was taken until a little bit later on when she realized she was missing some items from the residence,” Grimmett said.

Police say the suspects were three Hispanic men in their thirties who were wearing yellow construction vests, posing as water company employees.

“There have been no incidents after [the August 1 one],” Grimmett said. “We had a very similar incident last year.”

In June 2015, former New Buffalo City Mayor Jack Kennedy was the victim; he was also approached by three men in yellow vests.

“They had tape measures,” Kennedy said. “They really dressed the part, as to a contractor or that type of employment.”

If you get a knock on your door from someone claiming to be, ask for their ID, and if they seem suspicious, step away and call police.

You can also check to see if they have a company car with them.

This is advice Kennedy now follows after his 2015 burglary, and a failed attempt in 2014 by who he believes were the same men in the yellow vests.

“When [this most recent burglary] was explained to me by one of the neighbors…I said, ‘Yeah, I can almost say what their next step’s gonna be,’” Kennedy said. “Been there, done that, twice.”

The suspects in all three incidents have not been found, but police say they are investigating some leads.

But because this scam only seems to happen in New Buffalo City once each year, police think it’s a group of men not from the area.