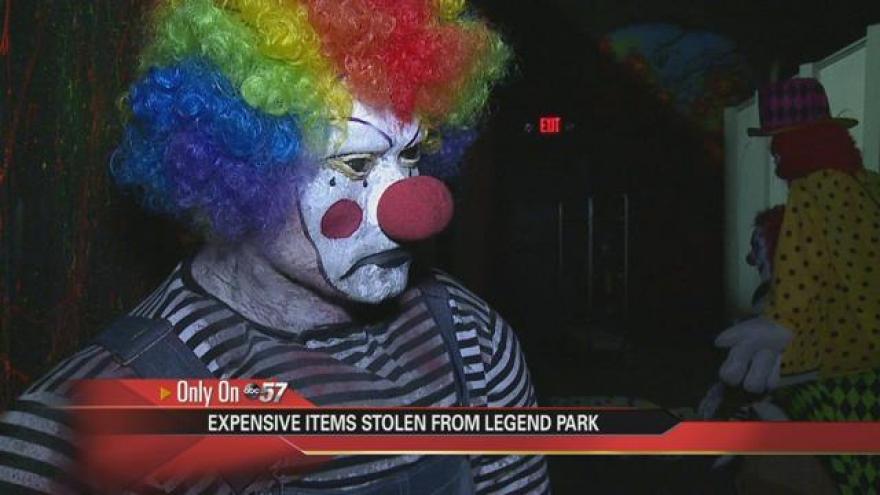 Police are investigating a burglary at Legend Park in Mishawaka.

Owners Rick and Tee Singleton say the thief or thieves stole tens of thousands of dollars worth of stuff from all over the property Tuesday night. Because of the amount of things taken, and the spread out locations they were taken from, Singleton believes it must have taken at least a few hours.

“We’ve put so much of our lives and so much money into this. It’s a real set back,” said Singleton.

When an employee entered the scream park Wednesday morning, they noticed the door to master control was left open.

Computers, hard drives, surveillance cameras, and over 30 walkie-talkies were taken from that room alone.

Props including specialty lighting, custom $1,500 masks, and a chainsaw were also taken from the scream park.

Singleton is offering a $1,000 reward to anyone with information that leads to an arrest.