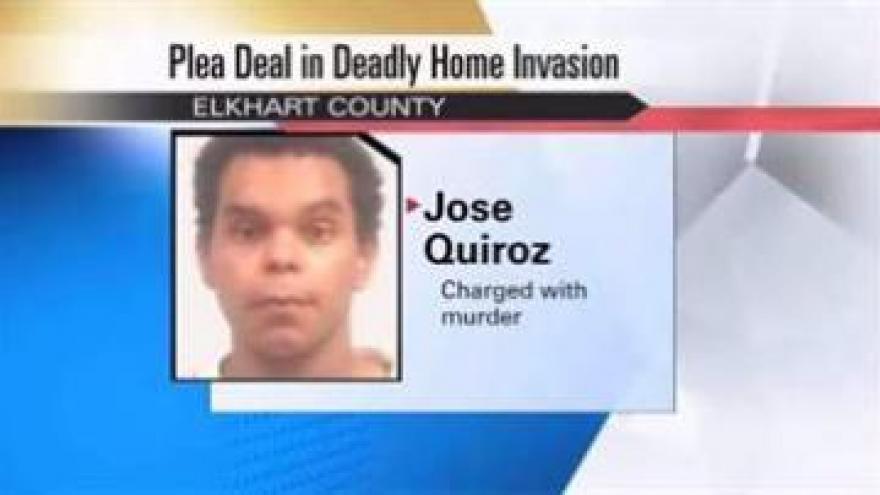 ELKHART, Ind. -- According to the Office of the Prosecuting Attorney, 17-year-old Jose Quiroz pleaded guilty to murder in the death of one of his co-conspirators who was killed during a burglary attempt on October 3 in Elkhart.

October 3, 17-year-old Jose Quiroz, Danzele Johnson and Blake Layman broke into a home at 1919 Frances Avenue in Elkhart. Johnson and Layman were shot by the homeowner and Johnson died from his injuries, according to prosecutors.

Quiroz testified he and Layman and Levi Sparks were checking out homes in the neighborhood to burglarize.

They identified a house across the street from Quiroz’s home.

Sparks stayed on Quiroz’s porch while Quiroz, Layman, Johnson and Sharp broke into the house, according to the prosecutor’s office.

Once inside the home, the victim fired shots and hit Johnson and Layman. Johnson died.

The homeowner has previously been cleared for acting in self-defense.

In exchange for his guilty plea, he received a 55 year sentence with 10 years suspended under supervised release.

The remaining co-defendants are scheduled for trial in January 2013.