Bus driver shortage continues to cause frustration in South Bend 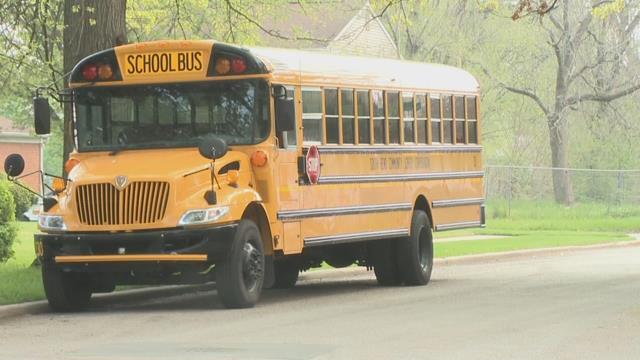 Low staffing in the transportation department of South Bend Community Schools continues to cause issues.

In May, ABC 57 looked into concerns parents were having about the district’s school buses arriving late to and from school.

At that time, the district said they were going through a driver shortage and they would work to recruit new drivers.

However, parents say the issue has only gotten worse.

But Cole says that’s exactly what happened to her kids without any notice last Thursday, Friday and again Monday.

“So I called transportation and found out that there’s going to be a two hour delay because there’s no body to ride that bus. So we are scrambling around in the morning trying to figure out ways to get our kids to school so they don’t miss any school at all,” said Cole.

On Monday, the district confirmed at least 10 buses were one to two hours late because they were understaffed. That affects hundreds of South Bend students including Ian Diaz, a 5th grader at Brown Intermediate Center.

“We have success class first. Sometimes I miss half of that class because of the bus,” said Diaz.

Diaz’s success class is meant to help students with the subjects they are struggling in. Diaz says the late bus has made him miss that opportunity five times this year.

Director of Transportation Melvin Falkner says he is just as concerned about the issue as the parents and students.

“First of all, I’m sorry because I’m more frustrated than they are,” said Falkner.

Falkner says it comes down to two big issues.

The transportation department is understaffed and are having trouble filling the positions.

Falkner says it takes time to train a new driver and they aren’t getting enough applicants.

“I would like to have probably 15 to 20 more everyday subs. But again, if we had that right now we would still have a problem,” said Falkner.

The second issue, an abnormal amount of the current drivers aren’t coming in to work.

Falkner wasn’t able to give a definitive answer when asked if the absences have anything to do with contract issues the drivers were having over their pay earlier this year when they were only given a 2 percent raise.

“Well I can’t tell you that because it’s illegal to do that and against contracts. So I’ve heard those rumors too but at this point they’re just rumors. I mean I imagine we probably do have some people that are upset about some things,” said Falkner.

Falkner says while they work to recruit more drivers, they are looking into streamlining the routes to make due with what they have now.