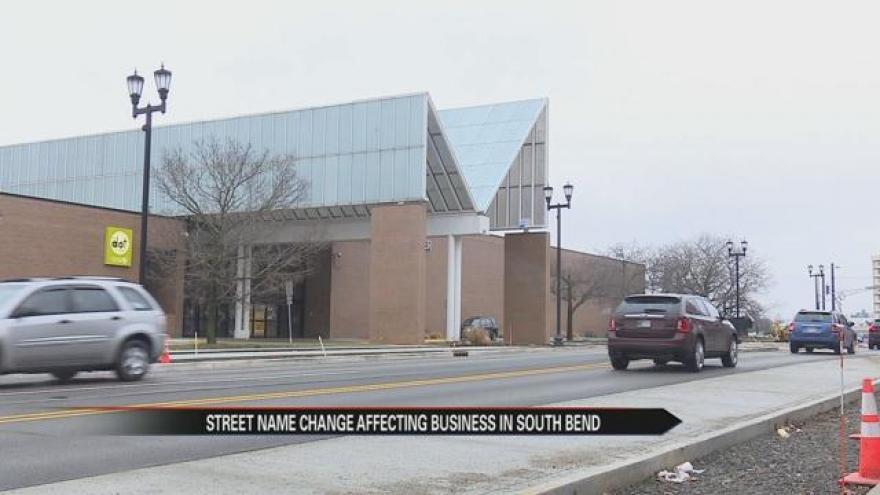 After celebrating the unveiling of Dr. Martin Luther King Jr. Boulevard, businesses on the street are now preparing for changes.

The name change requires a transition period and some work for businesses on the former St. Joseph Street.

Leanna Belew, general manager of the Century Center says they’re in the planning stages of changing their address.

“Right now we’re trying to figure out what all is involved,” Belew said.

While a few moments were all it took Monday to unveil the new street sign, that transition for the Century Center will be a slower process.

“We will talk about changing our collateral, our sales collateral, contacting Google and all the other search engines to make sure that people understand that we didn’t move, the street name just changed,” Belew said.

Belew says the biggest challenge will be making sure the convention center’s many visitors from out of town don’t get confused.

“We’ll do some things on our end via social media, and those kinds of things, to make sure we’re marketing this the right way,” Belew said.

The city says they want to do this the right way too, so they’re giving a grace period of six months for businesses on the boulevard to change addresses.

“Businesses will have two addresses, so that way they can phase out their business cards or other collateral material,” Jitin Kain, deputy director for South Bend Public Works said.

The businesses were warned ahead of time about the switch.

The Century Center among others, supported the new name from the beginning, but asked for some time to make changes on their end.

“It was the one request many of the businesses had, when they were informed of the change weeks ago,” Kain said.

The old street signs will take time to change too.

The Board of Public Works will officially approve the name switch next Tuesday.

In the meantime, Belew has her work cut out for her, but says she’s still a fan of the new name.

“I think it’s going to be good. I think it’s kind of forward thinking and I’m excited to see the response from everyone else,” Belew said.

The city is working with the post office to make the transition easier for the next six months.