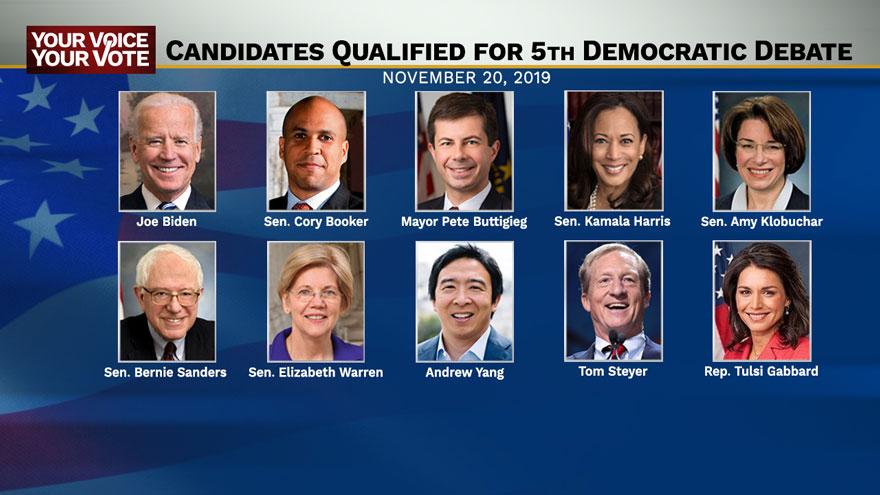 The Democratic National Committee has confirmed the participants who have met polling and grassroots fundraising thresholds.

That means there will be two fewer candidates on stage than there were for the October debate in Ohio.

Former Obama administration housing chief Julián Castro is among the candidates who have fallen short of the benchmarks for this latest debate.