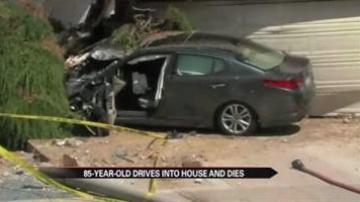 SAN DIEGO — Police say a man who crashed into a California home may have had a medical problem.

According to police, the 85-year-old man was dead when medics arrived.

It is unclear if he had been hurt in the accident or if he was suffering from some type of health problem.

The homeowners says he thought a grenade had gone off when he heard the crash.

Police are continuing their investigation into the cause of the accident.

The homeowners are trying to figure out if their house is structurally sound.