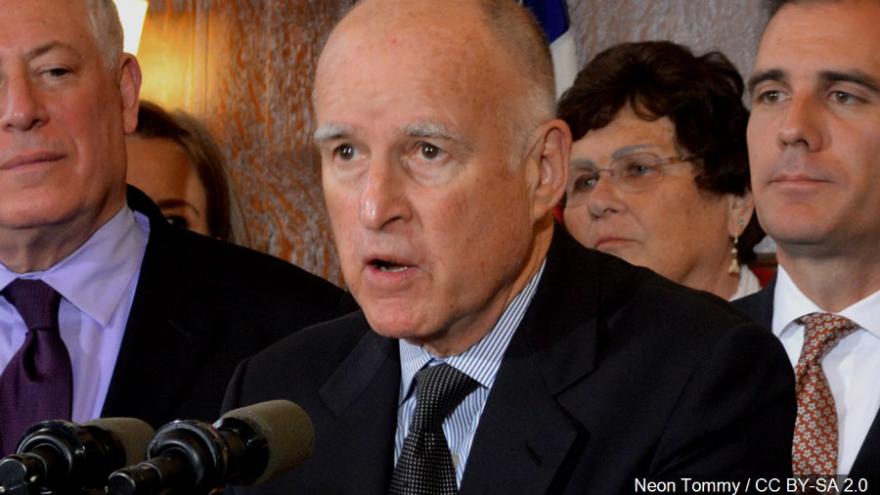 (CNN Money) -- California Governor Jerry Brown wants the state to have 5 million zero-emission vehicles on the road by 2030.

He set the goal in an executive order, signed Friday, that echoes his final State of the State address presented the day before.

"The goal is to make our neighborhoods and farms healthier, our vehicles cleaner -- zero emission the sooner the better -- and all our technologies increasingly lowering their carbon output.," he said in the speech. "To meet our ambitious goals, we will need five million zero-emission vehicles on the road by 2030."

The executive order calls for increasing the zero-emission infrastructure in the state as a way to "strengthen the economy and create jobs in the State of California."

California, considered a leader in environmental policy, has been at odds with the Trump administration's efforts to roll back environmental regulations over the past year. President Trump pulled the United States out of the Paris Climate Accord, following through on a major campaign pledge. This week, the Environmental Protection Agency withdrew a regulation on a number of sources of pollution.

Brown, a Democrat, has publicly criticized Trump's decision to leave the Paris agreement and has taken a strong stance against the administration's planned off-shore drilling.

Transportation is responsible for 50% of the state's greenhouse gas emissions and 80% of emissions that cause smog, according to Brown's executive order.