Campaign to save Olympic wrestling 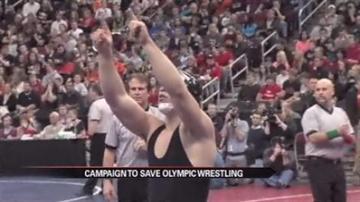 Now, wrestling supporters are fighting to bring one of the original Olympic sports back! They said they'll have to use strategy, perseverance, and unity...all things they said the sport teaches young wrestlers.

"The number one elected official in this state, the governor, I believe should lead the fight," said Governor Terry Branstad. "So we contacted our whole congressional delegation. Both of our senators, all four of our congressmen, half are democrats and half are republicans. They said, 'We want to be a part of it.' They all joined in this."

The group wants to have strong local opposition to the ruling that eventually connects with regional, national, and international groups.