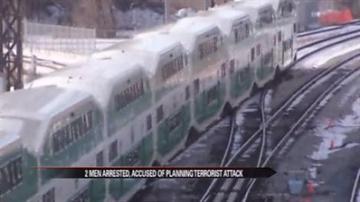 Officials say the suspects were targeting a passenger train on one of the busiest routes in the greater Toronto area.

Investigators believe the men were receiving support from Al Qaeda.

The two suspects were under surveillance for more than a year.