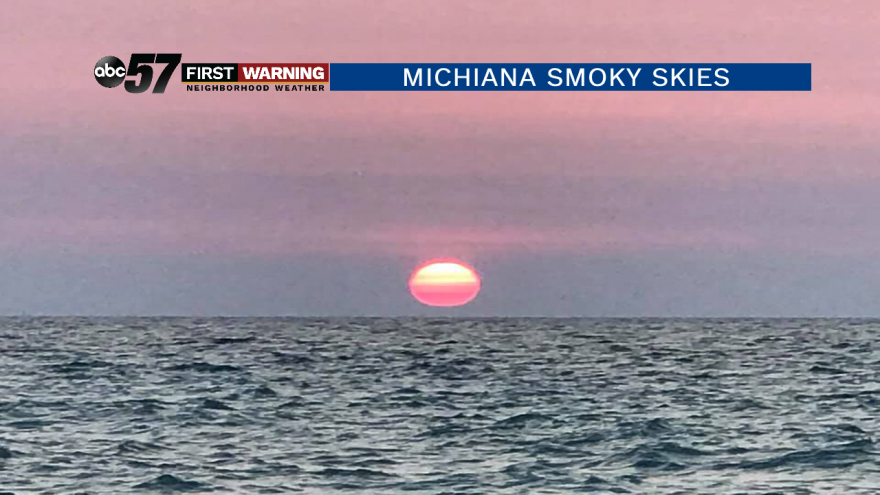 Over the last several days, Michiana and the Great Lakes region has been in and out of smoke all the way from wildfires in Alberta, Canada. The first instance of noticeable smoke in the air came last Friday. That bout of smoke led to a magnificent sunset across the area -- one that was photographed numerous times. 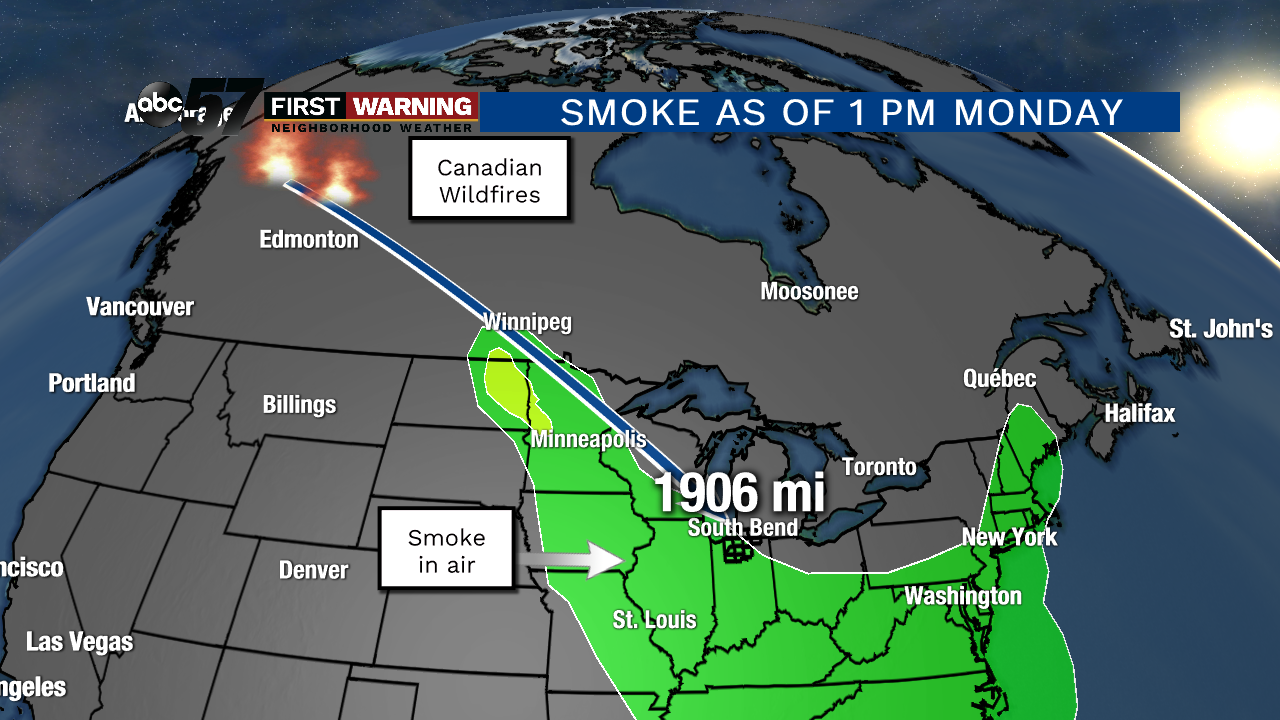 While they were not as smoky as Friday, both Saturday and Sunday featured at least some smoke in the atmosphere in the Great Lakes. And, courtesy of a wind shift aloft, smoke from those Alberta wildfires returned to the area today (Monday) after traveling well over 1,500 miles! How do we know the smoke is back? There are a few ways to tell:

•Satellite imagery shows a thin layer of what looks to be cirrus clouds, but it is actually the smoke being detected

•Air quality values, while not drastically, have worsened a bit

•The sky has a milky, hazy and grayish look despite our sky being nearly cloud-free 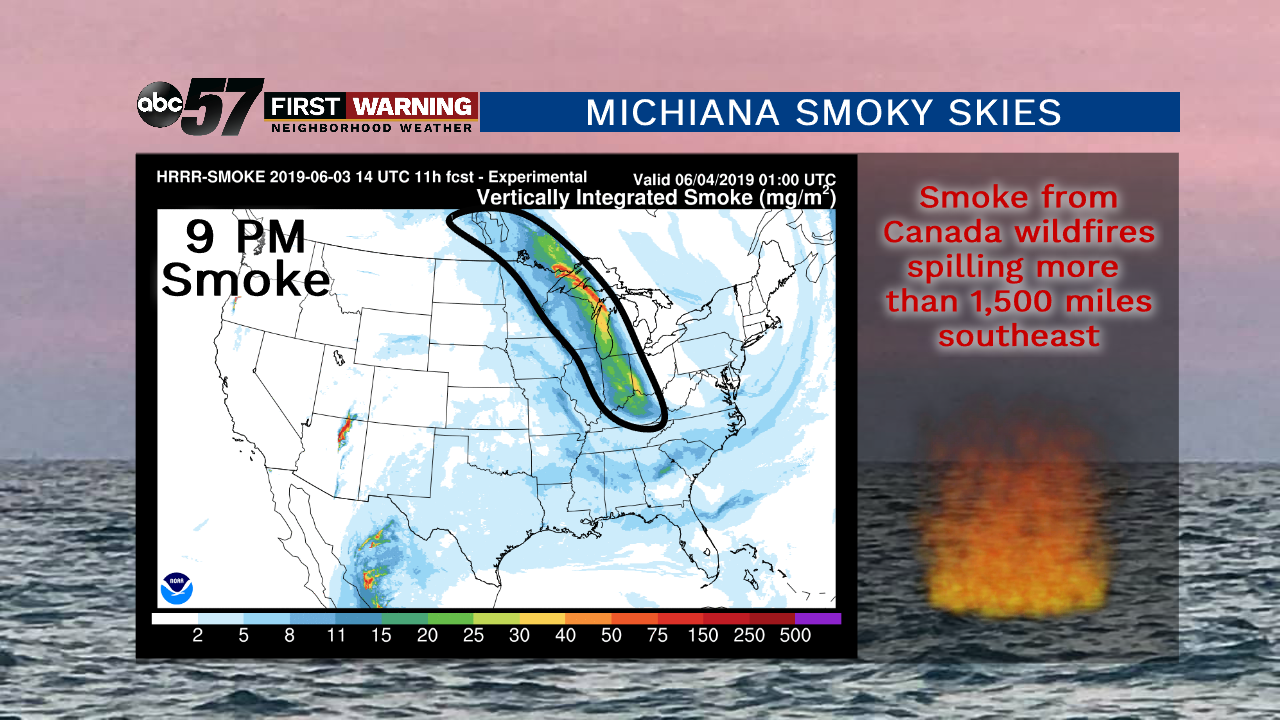 The smoke will likely hold tight through early Tuesday morning before dispersing substantially. Skies look to be mostly smoke-free by Tuesday afternoon and beyond. However, it is important to note that it's difficult to look more than 36 hours into the future when forecasting smoke. 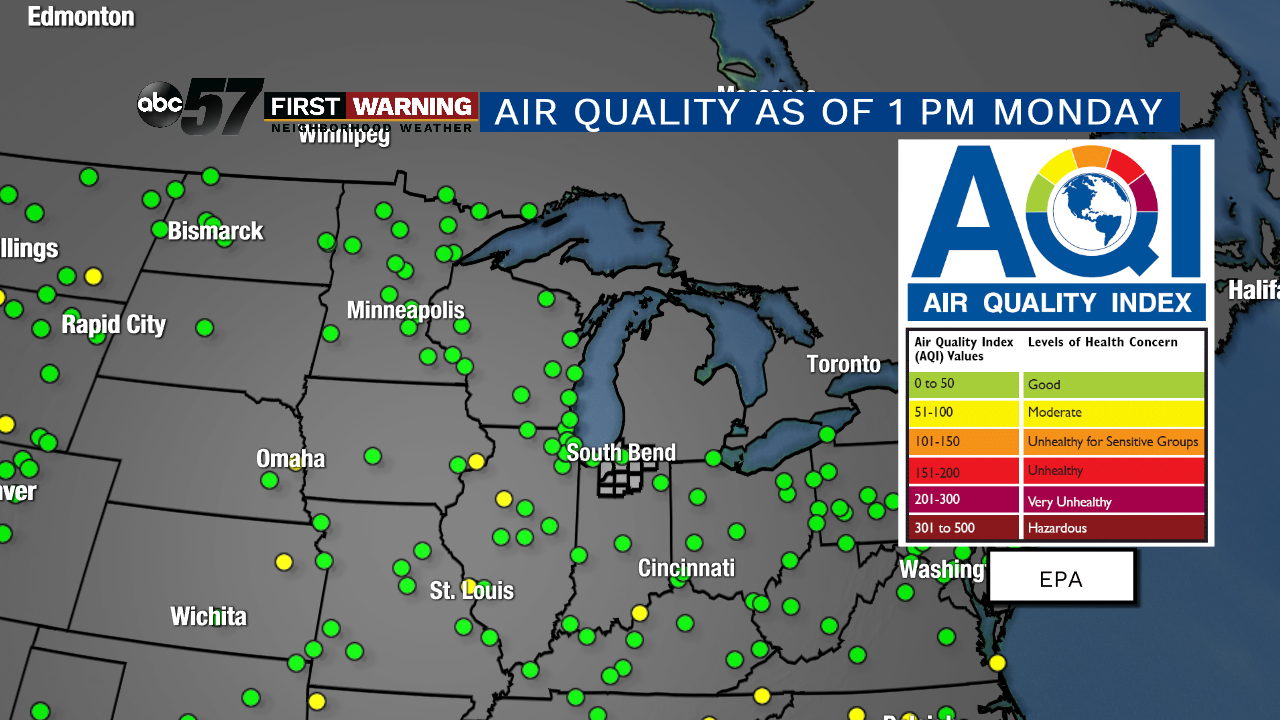 As mentioned above, our air quality has not reached a concerning level despite the smoke in the atmosphere. That's likely due to the fact that it is so high in the atmosphere, it's not overly thick and we are more than 1,500 miles from the actual wildfires. What the smoke certainly is doing is changing the appearance of the sky, especially during sunrise and sunset. 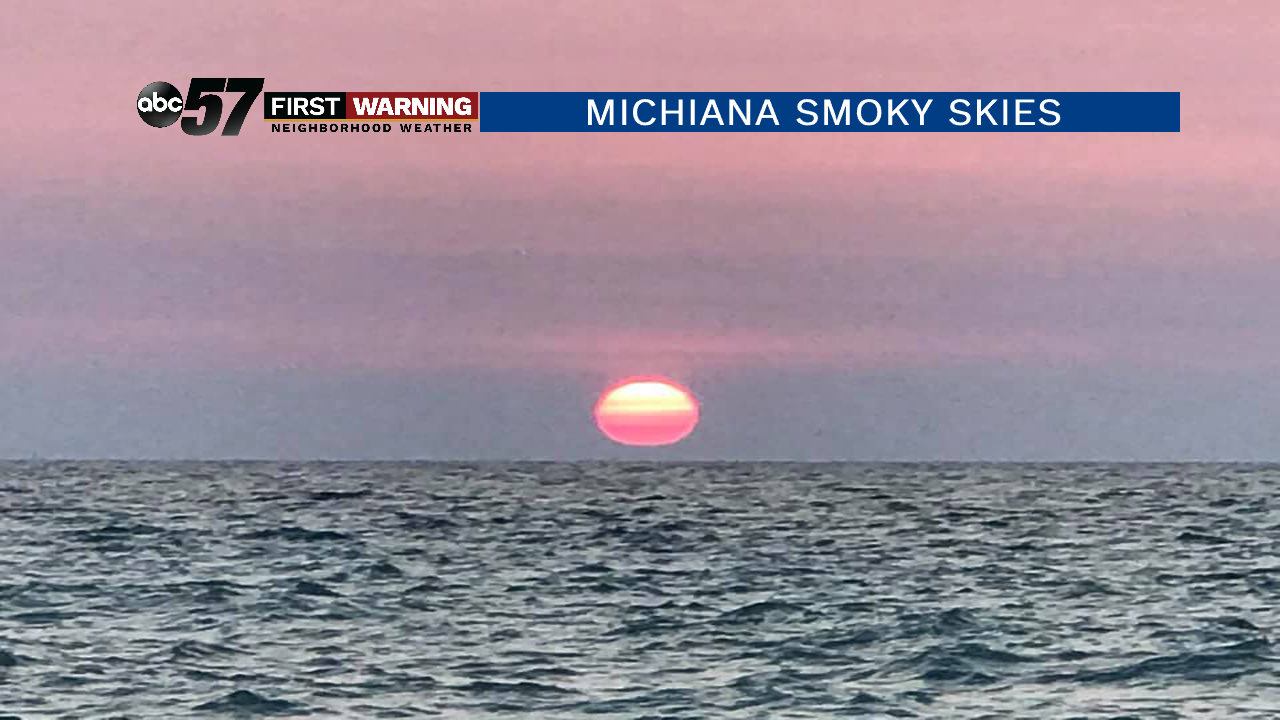 When the sun rises and sets, the layer of smoke interacts with the sun's wavelengths in a way that produces a vibrant orange-red ball appearance. That can once again be expected Monday evening and possibly Tuesday morning. For a little bit more on why wildfire smoke causes extravagant sunrises and sunsets, click here.
Share this article: