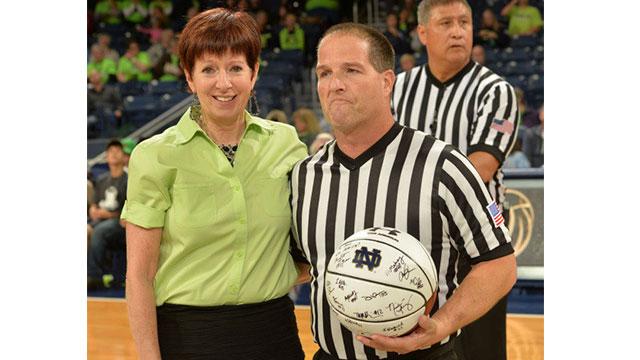 Hershberger spoke with ABC57 in May after he officiated a special college basketball game with Hoosier Lauren Hill.

Diagnosed with cancer, Hill's dream was to play college hoops. She made one play and scored a basket.

On November 7, one of Hershberger's dreams came true.

Coach Muffet McGraw told journalist Curt Rallo she and the team were honored to be part of his special moment.

Hershberger told Rallo it was on his bucket list to work in front of McGraw and at Notre Dame.

Hershberger told ABC57 in May after college he didn't want to say goodbye to sports. He went to a camp to train to be a referee. He has been a women's college basketball referee ever since.