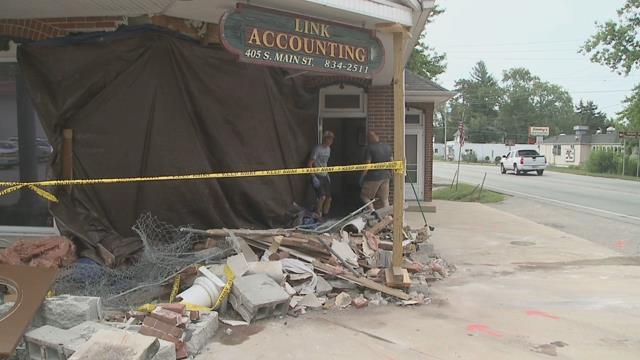 It happened on Wednesday night around 6 after a wild road rage chase between two acquaintances that started in Syracuse ended in North Webster, when a vehicle hit the front of the Link Accounting building on South Main Street.

Police say the driver of that vehicle is accused of having a gun and getting involved in a road rage incident.

The deputy approached the suspect of that vehicle after he hit the all brick building, and discharged his weapon.

The suspect suffered a gunshot wound and Indiana State Police tell ABC 57 News he is sedated at an area hospital.

“The training our officer has received as far as use of force I’m confident in his judgment and from everything I’ve seen so far which I’m not trying to influence the investigation but I stand behind my officer’s action,” said Rovenstine.