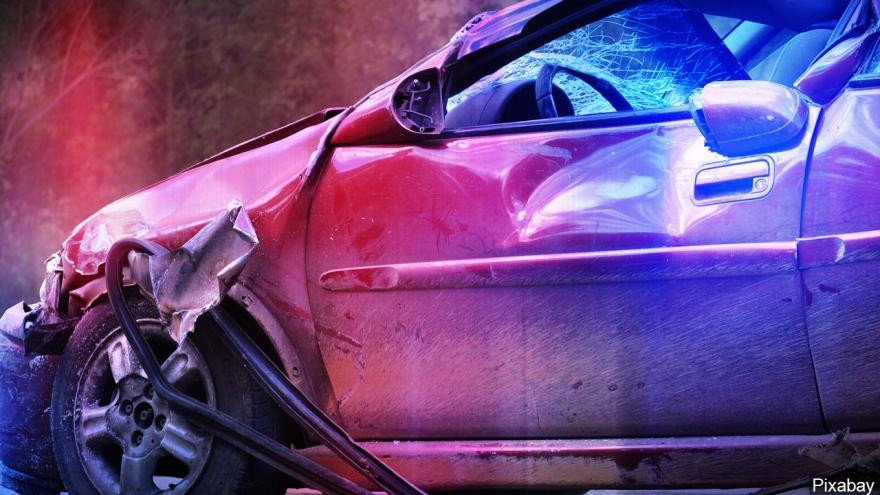 Police say that the pickup was heading southbound on Orange Road when it left the roadway, drove through a fence and struck a house.

The vehicle hit a gas meter, causing a gas leak. The house was damaged significantly.

The resident of the house was uninjured.

Police say the driver of the pickup was 16-year-old Riley Elm of South Bend. Emergency personnel had to assist in removing him from the vehicle. He was transported to the hospital with non life-threatening injuries.

The two passengers were 18-year-old Bradley Beck of St. Joseph County and 19-year-old Emily Elm of South Bend – the sister of the driver.

Beck was transported to the hospital with minor injuries.

Emily Elm sustained serious injuries during the crash. She fractured her neck and also suffered a back injury. Elm was allegedly sitting on the lap of the other passenger.