Car crashes into house in Elkhart 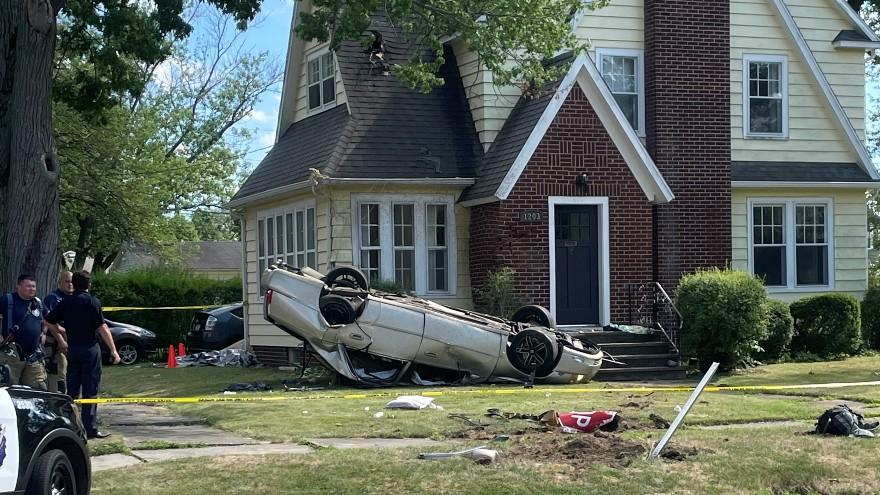 ELKHART, Ind. -- The Elkhart Police Department is investigating after a gold Cadillac crashed into a house.

According to reports, dispatch received a call around 4 p.m. about an accident in the 1200 block of Fulton Street.

Upon arriving, authorities found the Cadillac lost control, hit a fire hydrant and a stop sign, and eventually crashed into a residence.

The driver tried to flee the scene, but was quickly apprehended and taken into custody near Michigan Street.

The vehicle's passenger was taken to Memorial Hospital for treatment, and no one in the home was injured.