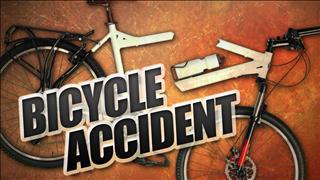 The Goshen Police Department responded to an accident where a juvenile was hit by a vehicle while riding his bicycle.

The incident happened around 7:30 a.m. Thursday.

The young male reported to police that he was struck by a passenger car in the 400 block of Maple Court in Goshen.

The vehicle then fled the scene.

Police say the suspect vehicle was described as a blue Chevy passenger car with an African American female driver.

The victim suffered pain to his entire right side.

He was taken to a family doctor by a relative at a later time and a report was taken by police.