Car goes up in flames after two vehicle accident 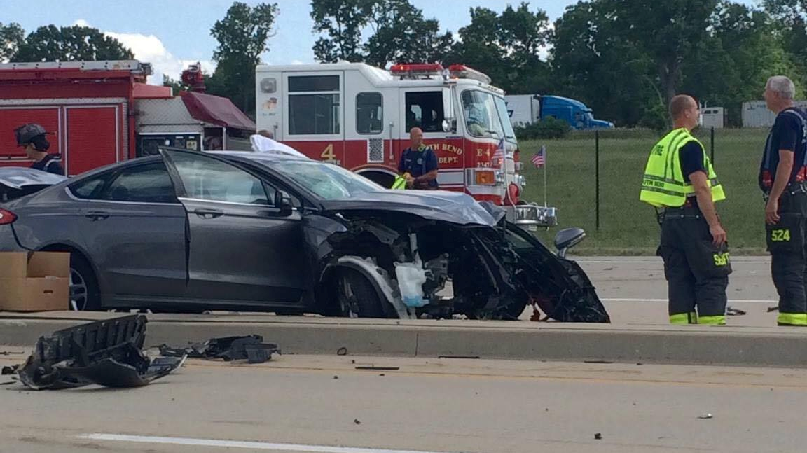 Three people were rushed to the hospital Wednesday evening after being involved in a two vehicle fiery crash.

The accident happened on Cleveland Road near the bypass just before 4:00 p.m.

Witnesses say a steel blue car pulled out and was hit by an oncoming vehicle.

Moments after the driver of the second vehicle got out of the car, it caught fire.

Three people were taken to the hospital with unknown injuries.