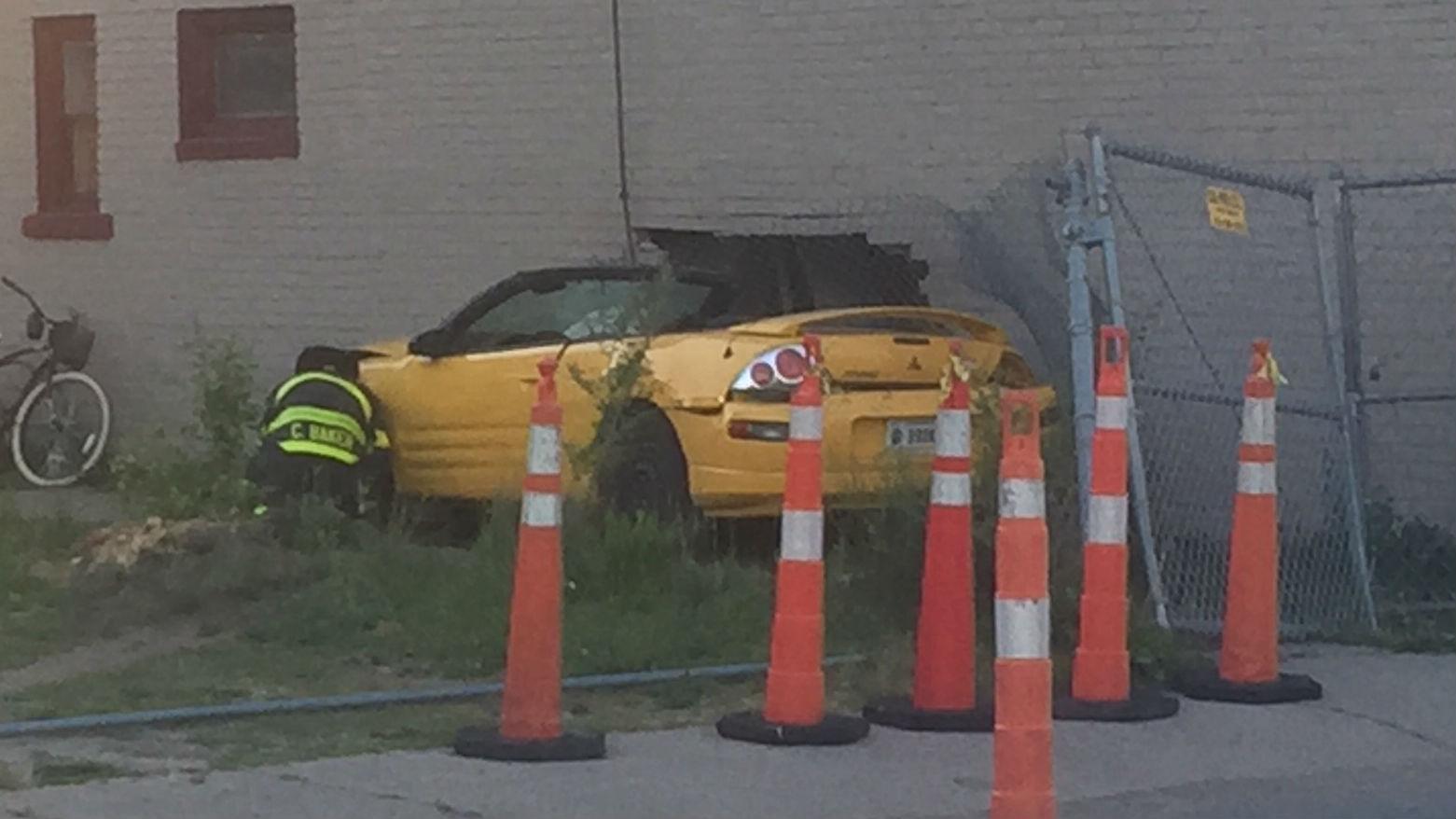 Police and emergency vehicles responded to a serious accident where a vehicle crashed into a building Sunday evening.

The accident happened around 8:01 p.m. on the corner of Olive Street and Linden Avenue in South Bend.

Preliminary investigation shows that the driver lost control of the vehicle and hit the side of the building.

That part of the building is blocked off to keep people away because police say there is a chance it could collapse.

Police say both the driver and the passenger were taken to the hospital but are expected to be ok.

The building serves partly as an apartment and also a business. Police say there were four kids in the apartment at the time but they all made it out safely.

The fire station is across the street so firefighters were able to respond right away.

"They heard some squealing tires, then what sounded like a collision. They exited the fire station and they quickly saw that there was a vehicle into this building at 229 north Olive. Our concern is mainly with the structure. Is it safe? The vehicle was pulled away and there's some significant mason damage to the south wall of the building so we’re making sure it’s safe. We put up cones from our street department to help keep people away from the building in case there's any further collapse or damage," said Mark Catanzarite, Battalion Chief South Bend Fire Department.

Police are working to find out if alcohol or drugs played a part in this crash.