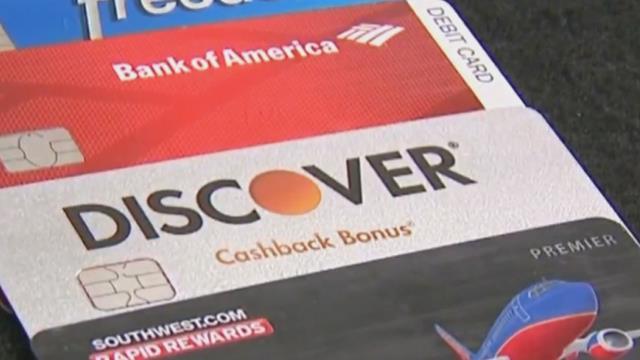 The busiest shopping season of the year is just a few weeks away and it all kicks off on Black Friday.

During the busy shopping days ahead, some people will opt to use plastic to pay instead of cash. Credit card companies want to make sure people stay safe during the payment process.

Credit card companies are in the process of transferring over to a different type of technology called EMV. That stands for Europay, MasterCard, and Visa.

This technology has already been implemented others places in the world but just now being used in the United States.

As of October 1, merchants and banks were encouraged to begin using this type of technology. Some people may have already received their new cards in the mail.

C and P Distributing in Mishawaka deals with computer and surveillance systems and they also install some of the new EMV systems.

Joe Canarecci is the Service Manager.

“This is kind of the first step in making sure that when you hand your credit card off in a physical transaction you still have security," Canarecci said.

The EMV technology has a small computer chip inside that is aimed at protecting users and reducing chances of fraud. It is also referred to as "chip and pen."

“There’s an encrypted channel that happens and it has to be verified by this encryption on both ends. Your credit card processor will send a verification back to the card and it opens a channel of clear communication before the transaction occurs,” Canarecci added.

He said there may be a pin involved on the end of the cardholder and cashier, but this is all about consumer protection.

The standard magnetic stripe cards store information on them like the cardholder's name, account number, expiration date, and internal verification codes. The EMV cards do not store that information in plain text on the chip.

“In the past with your classic for all of time magnetic stripe, your data is stored on that,” he added.

Although some people have not received new cards yet, he said that is okay because they can continue to use their current ones for a while.

“You’ll be able to continue to use your mag stripe card for a couple years now at least if your bank has not issued you an EMV card, you don’t have to do anything.”

However, if someone receives the new technology but decides not to use it, it could the cardholders fault if hacked.

“Now if your bank has issued you an EMV card, okay so now you have one of these smart credit cards and you are in a situation where you are using the mag stripe, the liability can be shifted to you,” said Canarecci.