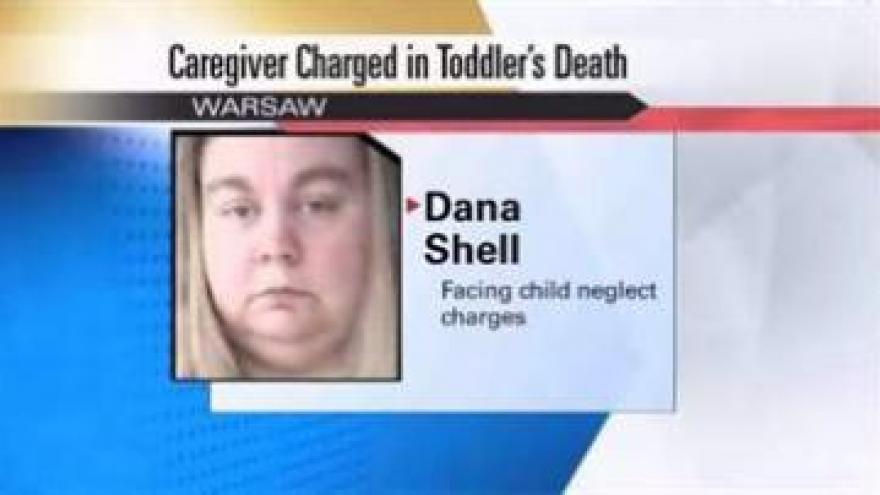 WARSAW, Ind. -- A 43-year-old woman with an unlicensed child care business in her home was arrested and charged with neglect of a dependent after a child in her care died of positional asphyxia, according to the Warsaw Police Department.

According to police, on Aug. 6, 2012, police responded to a 911 call at a home on South Union Street in Warsaw after 18-month-old Peyton Brettell was found unresponsive.

Brettell was taken to Kosciusko Community Hospital where he was pronounced dead a short time later.

The home where the incident happened is owned by Dana and Ballard Shell. Police said Dana was engaged in a child care business at the home, but it was unlicensed by the state of Indiana at the time of the incident.

Dana and Ballard Shell were at the home and two adult relatives returned to the home and found the child unresponsive in a bedroom of the home, according to police.

At the time 911 was called, according to police, there were 11 other children in the home, two who were direct relatives of Dana Shell, reports said.

Police said a few weeks later, Brettell’s death was ruled accidental due to positional asphyxia caused by the child being partially strapped in a car seat in the home.

In her third interview with police, Dana Shell acknowledged there was concern with the child in the seat but didn't’t take action to care for the child or report it to police or EMS, reports said.

Dana Shell was taken to the Kosciusko County jail on Monday, Oct. 29, and booked for the neglect of a dependent, a Class A felony.