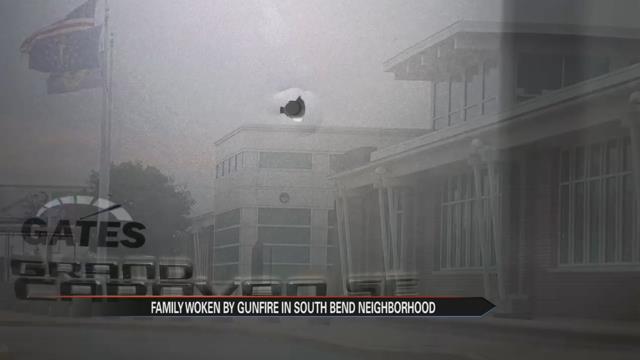 A couple of South Bend residents woke up on Monday to the sound of rapid gunfire. At least two cars were damaged by bullet holes.

Police were dispatched at 1 a.m. on Monday to the 2700 block of West Bonds Avenue.

Erica Kettle was home with her father-in-law and 11-month-old daughter, Natalia, when she heard several popping sounds.

Kettle said she looked out the window and saw someone firing a gun from a moving car.

Kettle said, “They shot through a car down the street, and they got our car, and kept shooting.”

Kettle said she feels this was a random and violent act.

Kettle said, “That was very scary, so the first thing I did was check on her while I was calling 911 to make sure it didn’t go through the house.”

Kettle said her father-in-law had to file a police report because their car was hit.

Next door, Maraka Yazid said his granddaughter was sleeping on the couch when shots were fired.

Yazid said, “There’s no way that I would have been able to explain that to my daughter that my granddaughter, who’s  down here the summer, that she got shot by a stray bullet.”

Yazid said he's thankful no one was hurt, and he wants to start a neighborhood watch group following the incident.