Case against Rovenstine continues to get complicated 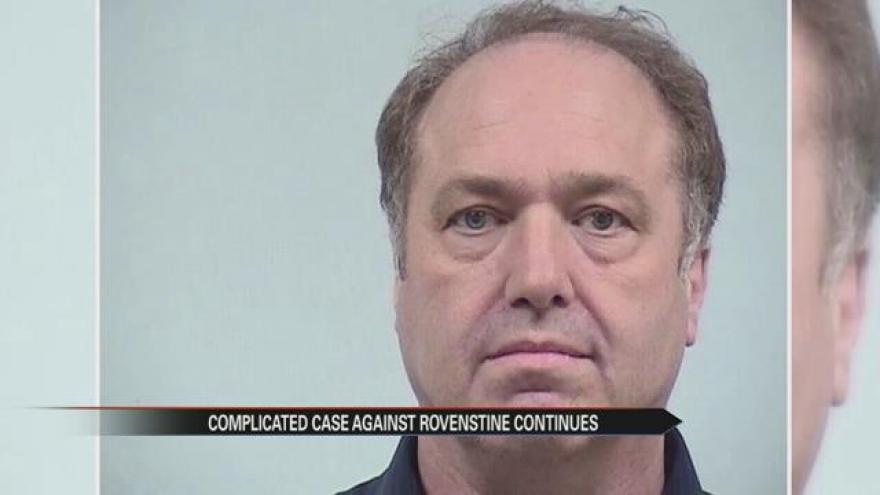 The case against the Kosciusko County Sheriff Aaron Rovenstine continues, with continuous complications.

Rovenstine did not want to comment on the lengthy evidentiary hearing held in Elkhart, rather than in Warsaw like the previous three.

It was a hearing that broke down some of the evidence that both parties were planning to use for, and against him.

Evidence such as whether to use specific conversations from county deputies, whether witnesses could be deemed honest and trustworthy, and how pieces of evidence were discovered.

Prosecutors battled back and forth.  Special Judge Evan Roberts, of Elkhart, took several of the motions under advisement.

But there's no telling when he will rule on them.

"He can take as long as he wants," says Special Prosecutor Tami Napier, of Marshall County. "Tomorrow or a week."

"Before April 3rd would be my answer," adds Matthew Sarber, also the Special Prosecutor from Marshall County. "Well before trial."

The 22nd motion, filed Wednesday afternoon, shows that transportation is just another cog in this complicated trial.

The prosecution says they're asking for around $1,000.  And it's only one of the frustrations that they're having with these set-backs.

"We stand here now, and realistically, we could have been in trial still," says Sarber. "It was a shock to us that we weren't in trial, but we adjust, we reform, and we move forward."

They're ready to go to trial, no matter the outcome.

The trial is still set to start on April 3rd, and that is when the jury selection will begin.

Although there was a test jury held in Kosciusko County a couple of months ago, ABC57 learned that if a jury isn't selected within two days, the trial may be picked up and moved to a different county.

That, would be yet another delay.