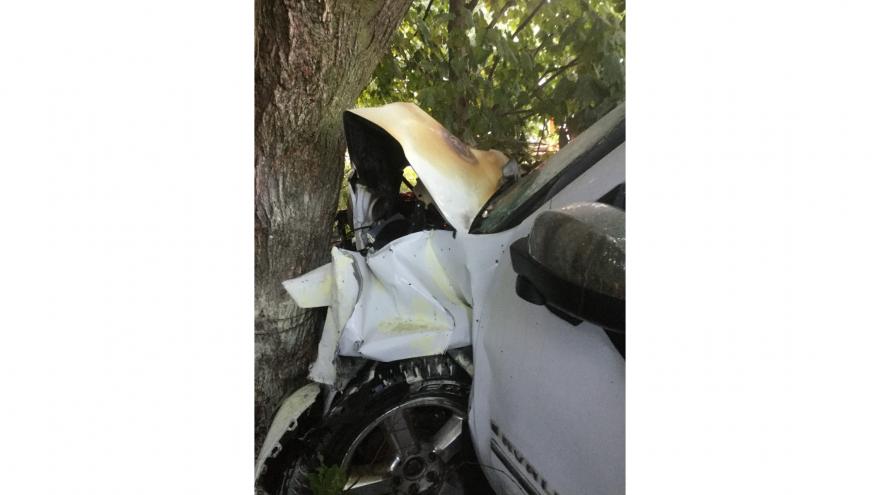 CASS COUNTY, Mich. – The Cass County Sheriff’s Office responded to a single car accident on Redfield St. near Maple Glen Dr. Monday morning just before 7 a.m. Calls to dispatch said the pick-up truck had hit a tree and was on fire with the driver trapped inside.

Deputy Shields confirmed this upon her arrival on scene and with help from Ontwa Township Officer Erickson, helped the driver get out through the rear window unharmed.

After rescuing the driver, Scott Stoneburner, the flames were extinguished by the pair.

Investigation of the crash revealed that Stoneburner, an Elkhart resident, was experiencing a medical issue and lost control of his truck.

Stoneburner was wearing his seatbelt and was not under the influence of alcohol.

No one was hurt, whether from the crash or the rescue.