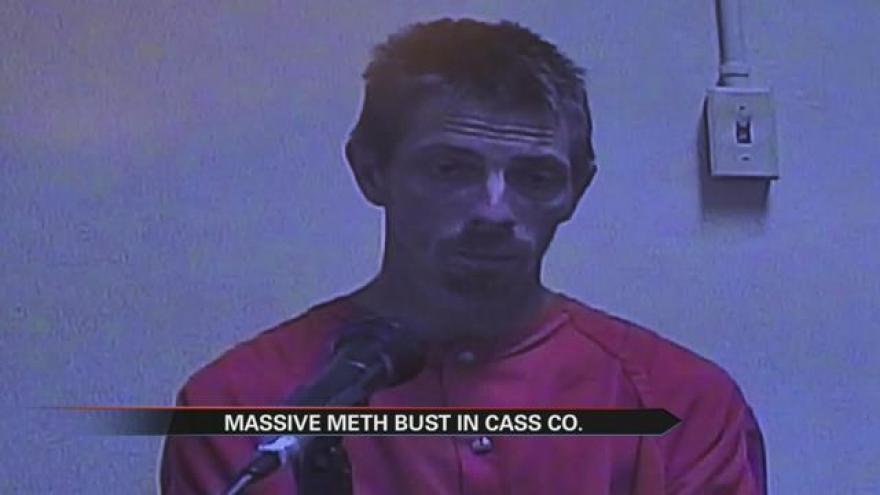 A suspected meth manufacturer is behind bars in Cass County.

He is suspected of manufacturing meth from inside his Calvin Township home.

For the past three weeks, officers with the Cass County Drug Enforcement Team have been keeping a close eye on his whereabouts.

On Wednesday at the intersection of Guyer Street and Union Road, police made an arrest.

“They pulled the subject over, and found that he had methamphetamine in the vehicle as well as marijuana,” Behnke said.

Several neighbors in the area said meth use has been an ongoing problem here.

“I wasn’t surprised at all, at all,” said Carley Stanton who lives nearby.

An ongoing battle they hope to win, one arrest at a time.

“We’ve been combating it ever since. It’s been a major issue,” Behnke explained.

John Thoendal has been charged with a total of eight felonies.

If convicted he could spend up to 40 years in prison.