Cassopolis gearing up for more snow 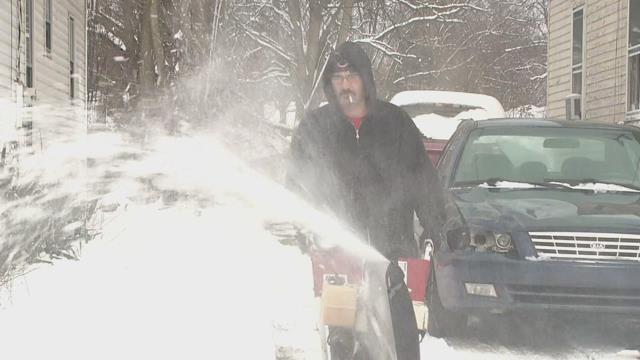 It seems like someone shook up the snow globe in Michiana and the snow is going to keep falling throughout the weekend.

The snow just keeps on falling in Michiana, and this weekend the theme will be much more of the same.

Snow officials say they are ready for more snow.

The city’s Public Works Superintendent Brian Anderson says a weekend snow fall works to their advantage because it gives crews extra time to hit their routes without all that extra school traffic.

Anderson says a 9 month snow hiatus wasn’t much of a factor for snow plows, salt trucks, and sand trucks, all of which helped to clear the downtown area this morning.

Anderson says this early season snowfall gives crews a nice practice run for the January and February months, which have been forecasted to bring in much larger amounts of snow.

“Yeah absolutely I think learning our routes on easier snows like this make us better when the heavier stuff gets here and when it gets more difficult. We’re moving right along bracing for tomorrow and the rest of the season,” said Anderson.