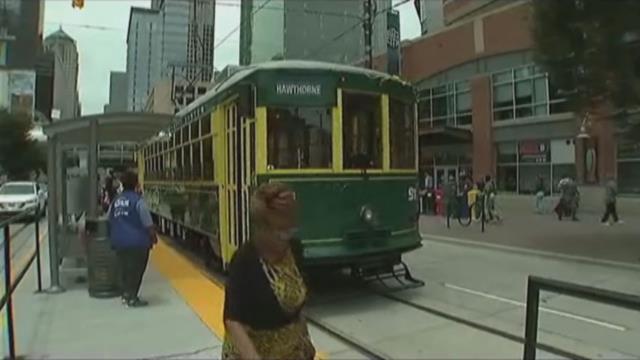 Heart-stopping video out of Charlotte, North Carolina shows a trolley car rolling down a hill and crashing right into traffic.

It comes less than a week after streetcar service began in the city.

Video shows the streetcar hurling down the track, picking up speed and narrowly missing several cars as it runs right through an intersection.

Seconds later, the trolley smashes into an SUV.

"It was metal, it was wood and glass. I grabbed my 4-year-old," said a witness.

Three people were injured in the crash.

The transit agency says it appears operator error was to blame.