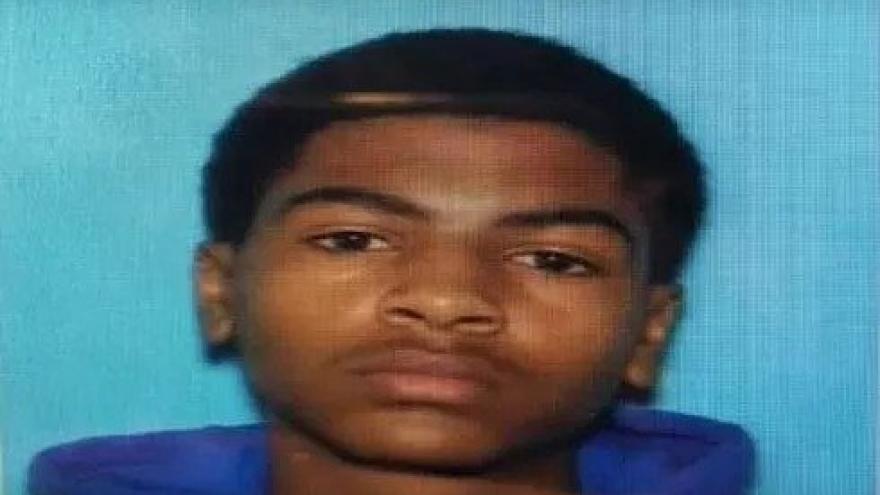 (CNN) -- The parents of James Eric Davis Jr. were preparing to take the Central Michigan University student home for spring break -- having picked him up from a hospital where he was checked for erratic behavior -- when the youth used a gun belonging to his father to kill them both Friday, police said.

Davis, 19, fled but was arrested early Saturday near train tracks on the fringes of the Mount Pleasant campus, police said, ending a nearly 16-hour manhunt that set the school on edge on the eve of its spring recess.

It was the nation's 12th school shooting this year.

Police said the student shot and killed parents James Eric Davis Sr., 48, a police officer, and Diva Jeenen Davis, 47, around 8:30 a.m. Friday in his fourth-floor dorm room as they were packing his belongings for a trip back to their Chicago-area home.

The shooting capped a series of events that stretched back to the previous night when campus police twice encountered Davis Jr. behaving strangely -- and sent him to a hospital suspecting an adverse reaction to drugs, school police Chief Bill Yeagley said Saturday.

It wasn't immediately clear how Davis Jr. obtained the gun that was registered to his father, Yeagley said.

But investigators believe, citing a witness and video, that the teen brought the gun from a parking lot into Campbell Hall, the dormitory where his parents were, shortly before the shooting, Yeagley said.

"What we know for sure is that the gun was registered to his father, and that we saw ... (Davis Jr.) came from the parking lot into our residence hall with the gun, and the father was upstairs at that time," Yeagley said at a news conference Saturday morning.

Davis Jr., who is in police custody on suspicion of killing his parents, returned to the hospital Saturday morning because he appeared hypothermic and nonsensical when he was arrested, Yeagley said.

Student was 'not making a lot of sense'

Whether Davis' parents had always planned to pick him up for spring break Friday wasn't immediately clear. But campus police said the parents arrived Friday morning after officers called them to say their son was behaving strangely.

Police said they first encountered the student Thursday night when he ran into the office of a dormitory-based police officer and said he believed someone wanted to kill him.

"Mr. Davis was very vague, and he kept talking about somebody had a gun," Yeagley said.

Police learned Davis had just been on an elevator with someone -- and a review of surveillance video of the elevator ride showed the two of them laughing and getting along. After interviewing the other person, police determined there was no threat, Yeagley said.

The officers asked Davis what they could do to help him feel safe.

About 1:15 a.m. Friday, officers again saw Davis, this time in a dorm hallway with suitcases and bags. The officers found him to be nonsensical, and they suspected drugs were involved, Yeagley said.

"The officers tell Mr. Davis, 'We need to take you to the hospital' to get him checked out, because just clearly, mentally, he's not making a lot of sense," he said.

The officers called his parents and then took him to a local hospital, Yeagley said.

Yeagley said he didn't know what the hospital staff determined about Davis' health, or whether drugs indeed were connected to his behavior.

But sometime that morning, his parents picked Davis up from the hospital and took him back to campus, where they prepared to pack him up for the trip home, the chief said.

The shooting disrupted a university that otherwise was winding down for a nine-day spring recess beginning Saturday.

Davis left the residence hall after the killings, walking or running north along some train tracks on the western edge of campus, police said.

Police said they found Davis after a train operator reported seeing someone standing near the tracks around 12:15 a.m. Saturday.

It wasn't immediately clear where Davis was from the time he was seen near the tracks Friday morning until the moment he was sighted near the same tracks Saturday.

Students were told to stay in campus buildings until police cleared them to leave Friday morning and afternoon. People trying to enter the campus to pick up students for spring break were initially directed to a campus-area hotel, where the university asked them to wait for instructions.

The university's men's basketball home game Friday against Western Michigan University was rescheduled for Saturday morning at a neutral site, Northwood University, where it was to be closed to the public except for family members, the Mid-American Conference said.

The university, with roughly 23,000 students, is about a two-hour drive northwest of Detroit.

The Davis family was from the Chicago area. Davis Jr. graduated from a high school in Plainfield, Illinois, about 30 miles southwest of Chicago, in 2016, said Tony Hernandez, Plainfield school district spokesman.

His father was a part-time police officer in the Chicago suburb of Bellwood for 20 years and assisted the department on special occasions.

"He was always there when you asked for him to be there," Bellwood police Chief Jiminez Allen said.

Davis Sr. was a pillar of the community, which has 20,000 residents, and was beloved by friends and neighbors, said Andre Harvey, Bellwood's mayor.

"The staff at Jesse Brown VAMC take enormous pride in the care we provide our Veterans, and this situation hits us especially hard. We are currently providing grief counseling for staff," Magill said.

CNN's calculation of the number of school shootings include shootings on school property that involve one or more victims and other factors. These can also be domestic violence incidents.