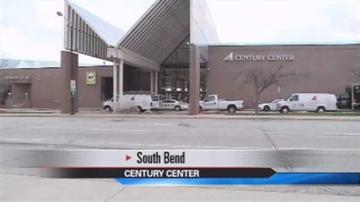 SOUTH BEND, Ind. -- A bomb scare forced the evacuation of the Century Center in South Bend Monday for more than two hours while police inspected a suspicious package.

"Building security found a suspicious backpack in the lower level of the facility,” said Jill Scicchitano, the General Manager of the Century Center.

"We received a call about 10 o'clock this morning from Century Center personnel they advised us that they found a suspicious package,” said Captain Phil Trent of the South Bend Police Department.

"It was found in the lower level of our facility in one of our dressing rooms,” said Scicchitano.

Staff members say it was out of place, so they wanted to be cautious.

"We arrived and called the bomb squad they came out took some x-rays of the package,” said Trent.

"Clothing, small personal electronics items,” said Trent. "So it went from being a suspicious package now to lost and found."

"We appreciated their time that they took to make sure that we were all protected,” said Gaughan.