CEO speaks out after spike in drug price 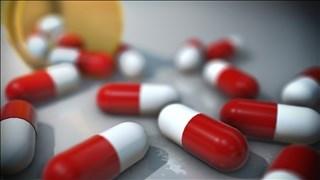 The CEO that sparked outrage across the country for a major increase in the price of a life-saving drug is now backing down from his defiant response.

Dubbed “The Most Hated Man in America,” Martin Shrkeli has been blasted for raising the price of the lifesaving drug Daraprim by more than 4,000 percent over night, and defending his decision.

Turning Pharmaceuticals saw its stock tank nearly five percent Monday following Shrkeli raising the price of Daraprim, which is a drug for people with compromised immune systems, from $18 a pill to $750 a pill.

The price of the pills were so low, no company could afford to continue making it.

Democrat presidential candidate Hillary Clinton took to Twitter, saying the price hike was “outrageous,” then proposed a cape for all out-of-pocket medication costs.

“You won’t have to pay more than $250 for your medications,” says Clinton.

Shkreli says in company is being unfairly targeted, insisting Turning Pharmaceuticals gives Daraprim to low-income patients for free, or one dollar.  He promises the medication will be affordable for everyone else.

Shrkeli is currently being sued by the last drug company he started.  He says while the overall price per pill will no longer be $750, he hasn’t decided how much it will be cut.