Changes, challenges and opportunities in Notre Dame move to ACC 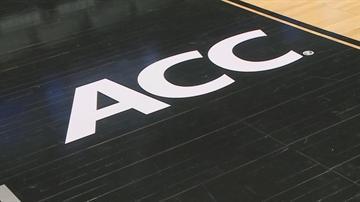 SOUTH BEND, Ind. – Notre Dame coaches and athletic officials laid out the path forward and the challenges involved in leaving the Big East Conference on Wednesday afternoon after the morning’s big announcement that Irish sports, except for football, were joining the Atlantic Coast Conference (ACC).

Athletics Director Jack Swarbrick said Notre Dame came out of the deal to join the ACC with everything they wanted.  Irish teams, notably basketball, will be moving into a conference that will offer more competition and a greater presence on the national stage while Notre Dame football maintained its independent standing.

The Irish will keep their broadcasting rights and have a say in their schedule as far as football goes, but they are now required to play five ACC teams per season.  Swarbrick laid out that having to add more ACC teams to the season will mean some rivalry games fans have come to enjoy and expect in the 15-years the Irish have played in the Big East may not happen in the coming years.

“It’s obvious that we will not be able to maintain every rivalry, every year,” Swarbrick said while explaining that the classic rivalry games will continue.  “Getting to California each year is very important to us, so the Stanford and USC rivalries will be retained, of course our history with Navy is unique and then after that we're going to work to maintain as many of our traditional games as we can."

Of course, the biggest change will be to Notre Dame’s basketball program.  Coach Mike Brey of the men’s team said he was optimistic and excited about taking on more teams that he believes have the resources and skill levels of the Irish and was already directing his younger players on the mindset needed to take on more challenging teams.

“Maybe an advantage in the Big East is we are so different with our skill-level and we spread you out a little bit,” Brey described.  “There’s a lot of skill like we have in the league (the ACC) I think, but I think we’re prepared to go into play.”

Coach Muffet McGraw of the women’s basketball team said the change brought challenges and opportunities that will only improve her team’s game.

“I think we’ll help the conference as much as their going to help us, but for us recruiting offers up a whole new corridor for us down there,” McGraw explained.  "Such a big thrill to be able to go, it's almost rejuvenating, you've got a new league, new teams to learn, new scouting reports, I think it's going to be exciting for us."

The timeline for transition to the ACC is still up in the air.  For football, Athletics Director Swarbrick said they would attempt to make the change in 2014.  As far as basketball, Notre Dame has contractual obligations with the Big East that they have pledged to fulfill and Swarbrick declined to offer a firm date for the transition.