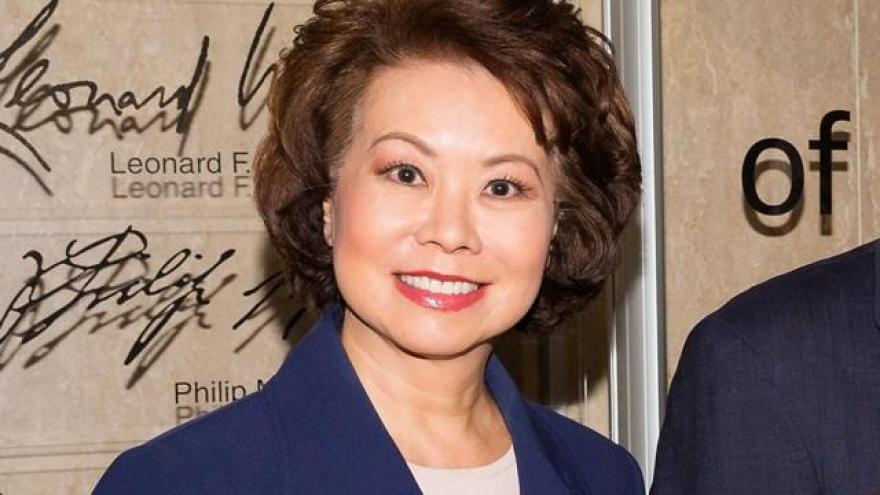 "It would be hard to come up with a more qualified nominee than Secretary Chao," said Sen. John Thune, R-South Dakota, the Commerce Committee chairman who oversaw her confirmation hearings.

The top Democrat on the committee, Sen. Bill Nelson of Florida, said on the floor before Tuesday's vote that he had spoken to Chao Monday night. She told him she was not consulted by the White House about the recent immigration executive order that led to chaos and confusion at some airports over the weekend, he said.

While announcing that he would vote for Chao, Nelson praised her for having the "experience and common sense" needed to "give level headed advise" to the new administration of President Donald Trump, which has faced fierce criticism for its handling of that executive order.

Chao is also the wife of Senate Majority Leader Mitch McConnell, R-Kentucky. She is the fifth Cabinet member to be confirmed even though Democrats did not push to delay her vote.