Charges dropped against suspect in slaying of Michigan police officer 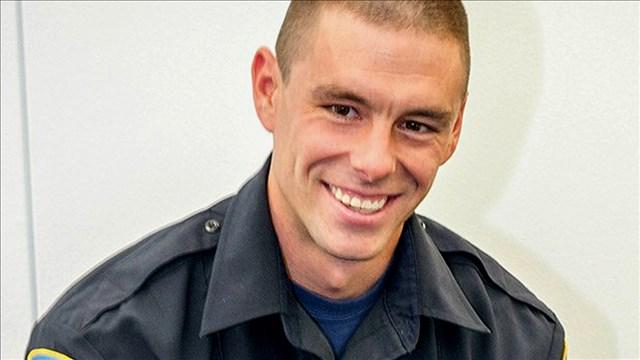 (CNN) -- All charges have been dropped against a suspect in connection with the shooting death last month of a Wayne State University police officer, authorities in Wayne County, Michigan said Wednesday.

DeAngelo Lamar Davis, 31, will be released and no longer considered a suspect in the November 22 shooting of Sgt. Collin Rose, prosecutor Kym Worthy announced at a press conference along with Detroit Police Chief James Craig and Wayne State University Police Chief Anthony Holt.

"I'm 100% confident that my son had nothing to do with it because he's not that type of young man," Valerie Davis, DeAngelo's mother, told CNN affiliate WXYZ about her son's arrest.

"I guess we all have to go through something," she added. "What I will say is I'm sorry for the family and god is good and things happen sometimes for a reason."

Davis had pleaded not guilty and was appointed defense attorney Nicole James.

"The murder of Sgt. Rose was a tragic loss to the community and law enforcement, but it was also wrong to snatch Mr. DeAngelo Davis off the street and try this case in the media despite a lack of evidence connecting him to the crime," James said in a statement to WXYZ.

"The rush to judgment ... resulted in Mr. Davis being vilified and his reputation sullied by both the national and local media. As a former assistant prosecutor in Wayne County for more than 15 years I respect the role the police have in our community but I also respect the criminal process," she added. "And in the case of Mr. Davis, law enforcement officials dropped the ball."

Rose, 29, died November 23 from a gunshot wound he suffered during a traffic stop in Detroit, authorities said.

The Wayne County prosecutor's office said Rose was conducting a traffic investigation of Davis, who was riding a bicycle in the area of Lincoln and Brainard streets in Detroit.

Rose called for backup at 6:31 p.m. while he was attempting to take Davis into custody and was shot in the head soon after, the news release said. A Wayne State officer arrived about 6:34 p.m. and transported Rose to Detroit Receiving Hospital, where he died, the release said.

"Universally, Officer Rose was respected, admired, and one that had an excellent work ethic," prosecutor Worthy said last month. "Our hearts go out to the family and friends of Officer Rose. All of us at the Wayne County Prosecutor's Office grieve along with the Wayne State University community and the law enforcement community. This case strongly illustrates the dangers that police officers face every minute of every day."

Victim was to be married next year

Collin James Rose was a five-year veteran of the police force and worked as a canine officer.

A couple of months before, Rose organized a memorial for slain Detroit police Officer Patrick Hill and named one of his dogs after Hill, according to Holt, the campus police chief. Rose was one credit away from finishing his masters degree in police administration from Wayne State University. He was engaged to be married in October 2017.

The gun used to shoot Rose hasn't been found.

Rose's shooting came after a violent few days for police officers across the country. Two days earlier, four officers were shot while on duty in separate incidents, one fatally.