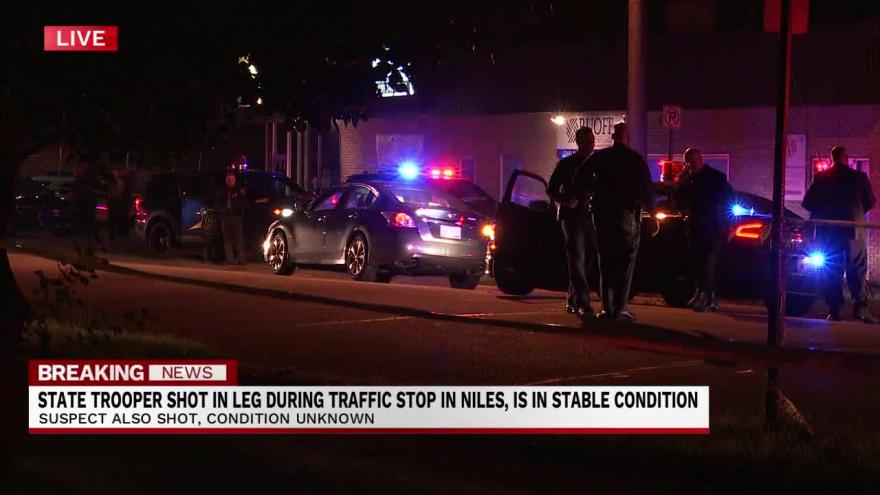 BERRIEN COUNTY, Mich. -- A Niles man has been charged for allegedly shooting a Michigan State Trooper following a traffic stop on October 6, according to the Berrien County Prosecutor's Office.

Around 10:20 p.m., the trooper conducted a traffic stop on a vehicle near the intersection of 9th and Main streets.

The trooper asked Ntabaazi, who was a passenger in the vehicle, to step out of the car.

Ntabaazi fired a pistol and shot the trooper in the leg, reports said.

The trooper returned fire and shot Ntabaazi in the head, reports said.

Both the trooper and Ntabaazi were taken to the hospital for treatment.

No court dates have been set.