Charges filed against two people who had a modified handgun 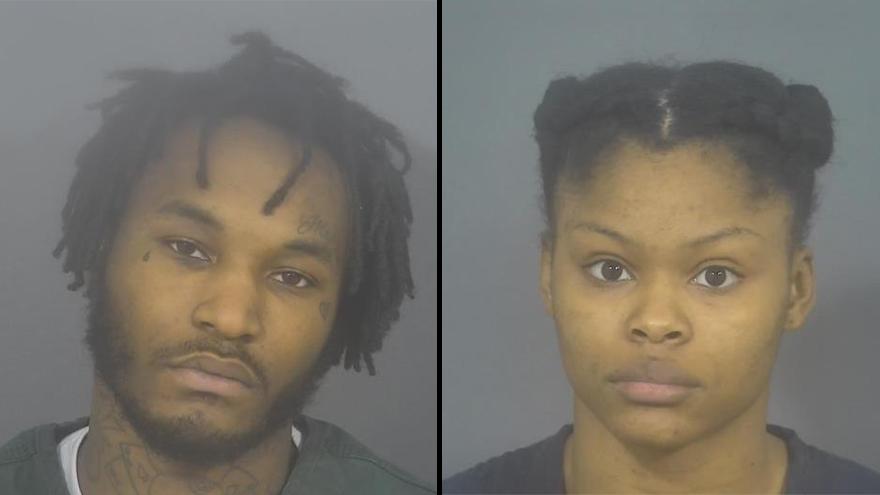 ST. JOSEPH COUNTY, Ind. -- Two people were arrested with possession of a machine gun and carrying a handgun without a license after South Bend Police heard a string of gunfire Tuesday afternoon.

Members of the Strategic Focus Unit were in the area of Corby and Manchester when they heard a string of gunfire, then saw a Chevy Equinox go through a stop sign at a high rate of speed, according to the probable cause affidavit.

Officers followed the vehicle and conducted a traffic stop in the 1100 block of N. Hickory Road.

During the traffic stop, officers saw an extended magazine in plain view on the back seat floorboard.

After obtaining a search warrant to search the car, officers located a Glock handgun with a switch that converts the gun to a fully automatic weapon, according to the probable cause affidavit.

The two occupants of the vehicle, Nyla Timmons and Jacob Pittman were taken into custody.

Pittman said he was having issues with another person and when he approached a stop sign, that person began firing at his vehicle, reports said.

Pittman said he then fired shots at the vehicle and they drove away, reports said.

Pittman admitted to adding the switch to the gun that makes it fire like a machine gun, according to the probable cause affidavit.

He also admitted to firing that gun at the other vehicle, reports said.

Timmons told police Pittman fired the gun, but it belonged to her. She said the switch was installed on the gun that day.

Pittman and Timmons are each charged with one count of possession of a machine gun and one count of carrying a handgun without a license.