Charges filed in armed home invasion at home on Twyckenham 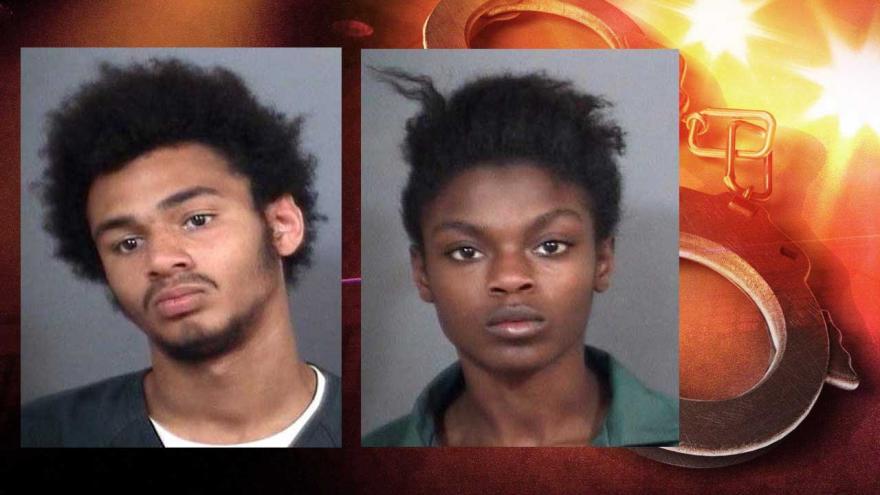 ST. JOSEPH COUNTY, Ind. - The St. Joseph County Prosecutor's Office has filed charges against two suspects in a home invasion robbery that happened at a home on Twyckenham on May 30.

The adult victim told police the night before the robbery he had allowed his friend Jason Gibson and Gibson's girlfriend, Shayla Brazier, spend the night.

In the morning, the two left but said they would return later in the day.

The victim told police he was babysitting three children, a 7-year-old, a 3-year-old and a 2-year-old on May 30.

The victim told police he went to a nearby store and while walking back he noticed a man in a black hooded sweatshirt was following him.

When he returned to his home on Twyckenham, he heard someone knock on the door.

He opened the door and saw the man in the hooded sweatshirt.

The man allegedly pointed his gun at the victim and pushed his way into the home.

The victim's hands and feet were duct taped and the man attempted to put duct tape over his eyes, but failed to cover the victim's left eye, according to the probable cause affidavit.

The suspect took the victim to the back of the home and he saw Gibson and Brazier enter the home through the back door. The two then carried items from the home out the back door, reports said.

The three children were in a bedroom in the home watching television when the robbery happened.

Reports said the suspects duct taped the hands, feet and mouths of the two older children.

The three suspects left the home.

The minors told police Jason put the tape on them and that he carried items out of the room, according to the probable cause affidavit.

Gibson spoke with police and admitted to spending the night at the home the night before the robbery. He denied taking part in the robbery but said a friend contacted him and said the items stolen were at a home on Miami Street, according to the probable cause affidavit.

At the Miami Street residence, police recovered two televisions, the android tablet, a cell phone and an empty Air Jordan shoe box, according to reports.

Gibson denied being part of the robbery.

Brazier also spoke with police. At first she denied knowledge of the robbery, then later admitted to hearing friends talk about planning a robbery, according to police.

She later told police she babysat for two people so they wouldn't have to take their children to the robbery, according to the probable cause affidavit.

Brazier and Gibson are each charged with three counts of armed robbery.