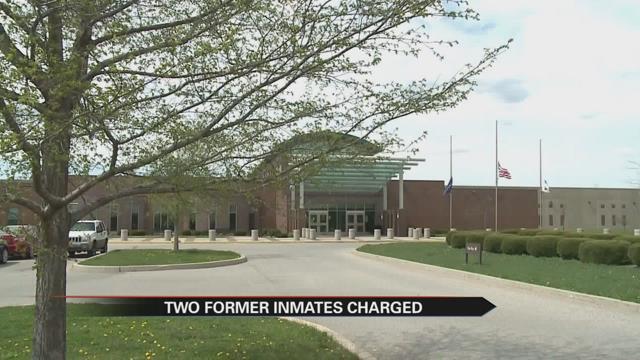 Two men are charged in connection with an incident that sent five Elkhart County inmates to the hospital.

The two former inmates Thomas B. Stalker and Anthony H. Taylor are accused of dealing and possessing drugs inside the Elkhart County Correctional Facility.

Officers were dealing with five inmates suffering from seizures.

The five men were sent to Elkhart General Hospital and a criminal investigation began.

According to court documents filed on January 11th, Taylor told investigators Stalker attempted to sell the substance while at the facility.

Stalker was incarcerated on April 22nd 2015 for a number of charges including possession of synthetic cannabis.

This was seven day before the incident.

During the investigation other inmates stated Stalker also tried to sell them the substance.

Taylor admitted to possessing some of the substance after making an exchange with Stalker.

Vicki Becker, Chief Deputy Prosecutor with the Elkhart County Prosecutors office says Stalker will not face trafficking charges because the evidence did not prove he did so.

Becker also says although several inmates are believed to have smoked the substance there was not enough evidence to charge them with possession.

In terms of ramping up inmate checks Becker says it is always the counties priority to keep the inmates safe.