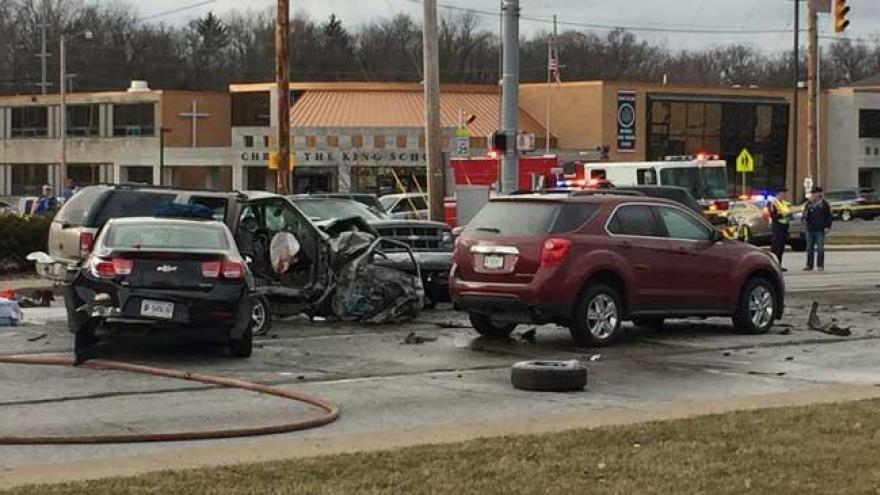 Charges have been filed in connection with Tuesday's fatal accident on SR 933 and Darden Road.

According to the investigation, a deputy with the Berrien County Sheriff's Department saw a gold Chevy Trailblazer he recognized as being stolen, just 1.5 miles north of the Michigan-Indiana border.

He confirmed the vehicle was stolen and activated his lights and siren in the area of Bertrand Road and US31.

The driver, Morrison, did not stop, deputies said.

Morrison is accused of traveling south into St. Joseph County Indiana at a high rate of speed, weaving in and out of traffic.

The Berrien County deputy said his vehicle reached speeds over 100 mph, but the vehicle continued to pull away from him, according to the probable cause affidavit.

When the Trailblazer reached 933 at Darden Road, Morrison drove through the red light and struck a pickup driven by Andre Northern, according to the probable cause affidavit.

Four other vehicles were struck either by the Chevy, the pickup truck or debris, reports said.

Northern was pronounced dead at the scene.

Three occupants of the SUV were transported to the hospital. They were identified as Samantha Johnson, Melinda Gillespie and Tyler Weem.

While Morrison was treated, he allegedly admitted to using heroin earlier in the day.

A blood draw indicated the presence of heroin in his blood, according to the probable cause affidavit.

Morrison had active warrants in Berrien County and St. Joseph County. He also has pending criminal charges and prior criminal convictions, according to the probable cause affidavit.