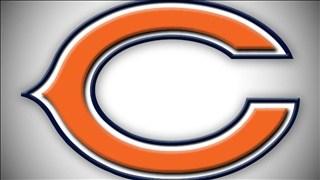 Amid a three game losing streak in what has been a dismal season for the Chicago Bears, the team announced Wednesday the benching of quarterback Jay Cutler and starting former Fighting Irish quarterback Jimmy Clausen.

Clausen will make his first start as a Bear this Sunday against the Detroit Lions at Soldier Field.

Cutler leads the league with 18 interceptions this season, prompting head coach Marc Trestman to make the change to the line-up.

The change of starting quarterbacks is not the only news coming out of Chicago for the Bears.

Safety Chris Conte had some controversial comments regarding the dangers of concussions.

In a statement released Wednesday, Conte said, “As far as after football, who knows. My life will revolve around football to some point, but I'd rather have the experience of playing, and who knows, die 10 or 15 years earlier, than not be able to play in the NFL and live a long life. It's something I've wanted to do with my life, and I wanted to accomplish. I pretty much set my whole life up to accomplish that goal.”

The Bears kick off against the Lions at 1 p.m. on Sunday.