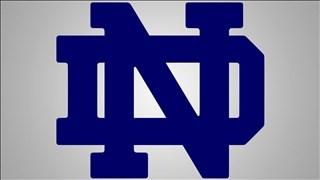 On Monday, the Stanley Cup champion Chicago Blackhawks, announced they will return to Notre Dame’s Compton Family Ice Arena in September to open their 2014-16 training camp.

The Hawks will take to the ice September 18-20 for the third consecutive year.

The team will return to the Windy City September 21 for the Training Camp Festival at the United Center.

The complete camp schedule with ticket information for Compton Family Ice Arena will be released at a later date.