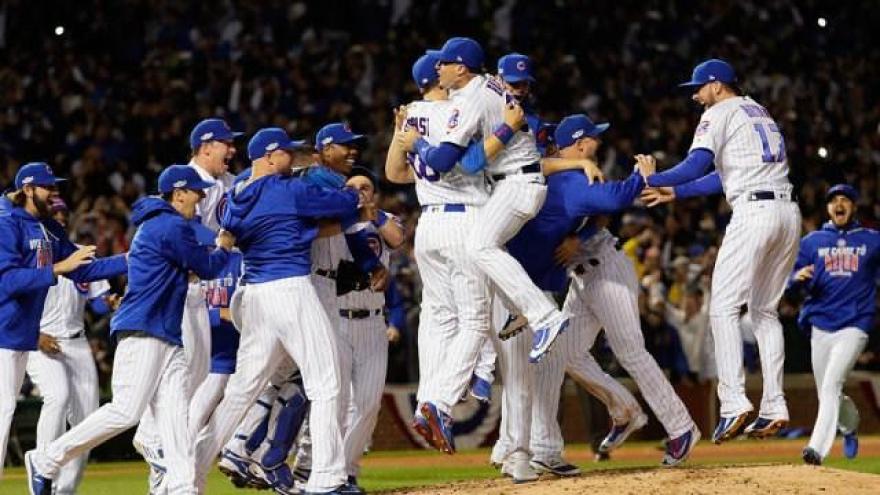 For the first time since 1945, the Chicago Cubs are headed to the World Series. The team ended their 71 year drought with a win at home on Saturday night, defeating the Los Angeles Dodgers 5-0 in game six of the NLCS.

The Cubs will now head to the Fall Classic for a match up with American League Champions, the Cleveland Indians.

Saturday's victory places the Cubs just four wins away from a World Series Title- one which would be the city's first since 1908.

Chicago came out swinging at Wrigley Field, putting up a crooked number in the first inning and never looking back.

Catcher Willson Contreras boosted the Cubs to 4-0 in the fourth with a home run to left field; and Anthony Rizzo brought the team their final run in the fifth when he became the fist left-handed batter to homer off of  Dodgers Clayton Kershaw since Daniel Murphy last postseason.

The Cubs trailed in the series 2-1, before winning the final three games on the road at Dodgers Stadium in Los Angeles. That offensive push- bolstered by Kris Bryant and Javier Baez both batting over .300, and homers from Anthony Rizzo and Addison Russell in game four- sent Chicago into game six with renewed momentum.

Pitcher Kyle Hendricks ran with that momentum, throwing  7 1/3 scoreless innings and striking out six batters as the Cubbies shut out Los Angeles to clinch the pennant and a trip to the big show.

Chicago will take on the Indians in Cleveland on Tuesday, October 25th for game one of the Fall Classic.