Chicago gun violence: 2-year-old dies after being shot while riding in car 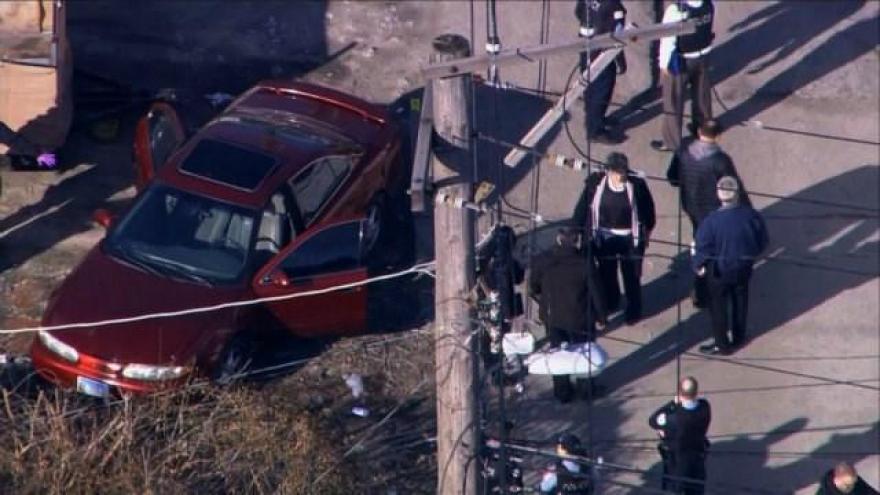 (CNN) -- A toddler and a 26-year-old man riding in a car were shot and killed in Chicago on Tuesday, the police department said, marking the second fatal shooting of a child in the city in a four-day period.

The 2-year-old was sitting in a car driven by the child's aunt and was shot in the head, police spokesman Anthony Guglielmi said. The child was pronounced dead at a hospital. The man, who was in the passenger seat in front of the child, died at the scene and the pregnant woman was wounded.

The shooting was captured in a social media video that shows the three in a vehicle, listening to music, when 16 gunshots are heard. The woman runs from the vehicle screaming and yells that she has been shot in the stomach.

The woman was taken to Mount Sinai Hospital, and she and her unborn child are in stable condition, Guglielmi said. The 26-year-old man who died was a known gang member, he said. Police believe the man and woman were dating.

The three were shot Tuesday afternoon in an alleyway on the southwest side of the city by an assailant who got out of a car, police said. Police said they have a good idea of the identity of the suspect.

"We have very promising leads, we have (surveillance) video so there's no doubt in my mind that we'll find him," police Superintendent Eddie Johnson said at a news conference.

Mayor Rahm Emanuel said the shooting should be a "turning point."

"Every parent, regardless of where they live, should be able to take their child for a walk to the park or a ride in the car," he said.

Earlier Tuesday, 11-year-old Takiya Holmes, one of two young girls shot on the South Side of Chicago over the weekend, died, according to her family. A man was arrested in her killing.

"We just cannot afford to continue to see our children being shot down for things that they have no involvement in," Johnson said. "This has just got to stop somewhere.

"I'm sick of it and I know Chicago is sick of it, and I just hope that our legislative partners are sick of it," he said.