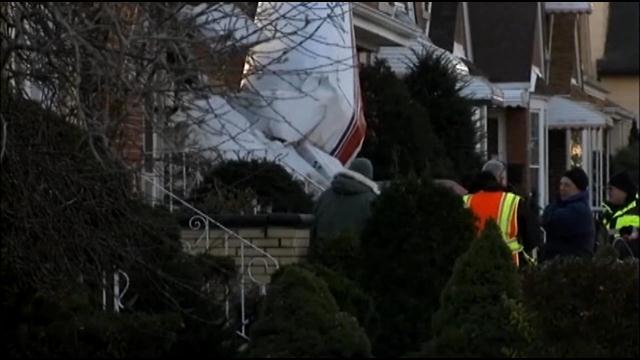 The pilot of a small plane was killed when the plane crashed into a home.

The elderly couple sleeping inside the home when the plane struck the side of the building, and the plane only missed them by eight inches.

The couple is staying with neighbors across the street while the National Transportation Safety Board is investigating the crash, which happened a quarter mile from the runway at Midway Airport.

“My understanding is the pilot advised air traffic control that he had some type of engine problem and he was attempting to return to the airport when he lost control of the aircraft and crashed,” says Tim Sorenson of the NTSB.